Pottering around the edges

With the recent household shift, I've only just got back to some painting and modelling. It has all felt a little like 'pottering around the edges'. I have managed to finish what I hope will be the aerial hero for the newest HotT army, Weird World War 1 British.

I use a terrain concept on the base in order to lift the plane (a 1/72nd scale Sopwith Camel) up off the table. This is purely for the purpose of playability to allow other troops to be able to but against the base without interference form the model itself. I know I could have used a smaller scale plane, but I really like these 1/72nd scale beauties, and they match the flyers and aerial heroes that Andy has used in his matching WWW1 German army. 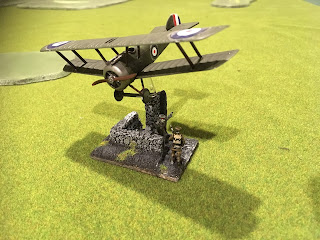 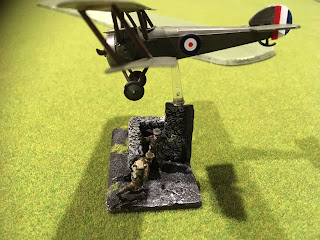 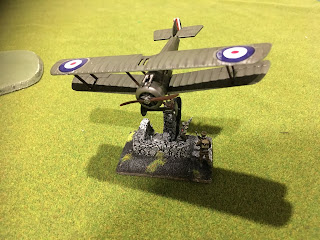