Last year one of the boys in my Saturday morning 'gaming group completed an army made from modelling clay. I called it a 'greeblie' army. Little did I suspect that he had inspired another young man to do likewise. Last week this other chap produced the army (unannounced) and proceeded to play a game against the earlier group of greeblies. Here are a few shots of their game in progress. 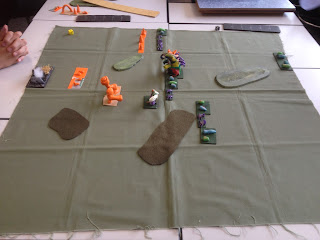 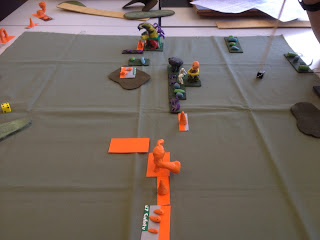 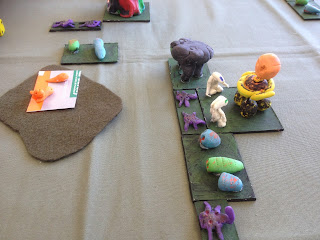 Sadly I leave College at the end of this term. On the list of plans for these boys this year had been some sessions with one of our technology teachers from which I was going to have them 3D print their own creations.

Oh well ... maybe someone else will do that. They've got the imagination for it. They just need a little enablement.
at March 09, 2016 No comments: