With the start of the new term it was back to our Saturday morning 'games group. After the success of Crossfire when I introduced the boys to that rules system last term, I'd promised to show them Spearhead in action, so I trotted the 20mm WW2 kit in to College and set up a small introductory game.


The boys seem to have a basic interest in WW2, something I haven't seen for a while with the teenage guys I teach.

The growth in their understanding was much faster than mine, and so by the end of three turns they were getting the hang of the rules and system.

The outcome? The boys loved the rules and the system. I admit that they aren't seeing other rules systems, basically because it is hard to teach them something I don't play. However in my opinion they are experiencing a great rules system, and their levels of enjoyment speak volumes for the rules.

They are keen to play more next week.

We have started to plan a 12 hour 'paint-a-thon' in which they can get started on their own armies. The same figures/basing are of course used for both Crossfire and Spearhead, so they'll be able to enjoy both systems without having to paint while new armies. I'll post more as things develop.
at July 25, 2015 No comments:

We arrived home from a trip to Dunedin. Lorraine checked the letterbox, and came back with this little package.

It was the additional Heroics and Ros 6mm British vehicles I'd ordered to flesh out my 6mm armies for France 1940 games. A9s, and A13s, and Matilda 1s (oh, and enough Russian 1914 field guns for the 1914 Russian army, it seemed such a waste to send such a small order given the postage costs). Excellent, exciting and all that. 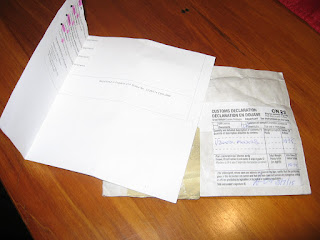 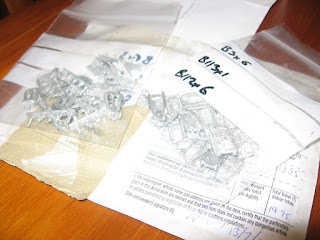 Then we walked to the front door of the house and there on the doorstep was this box. 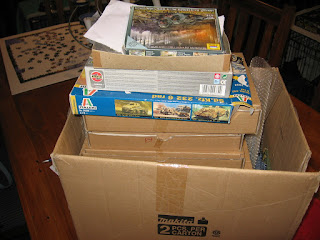 Oh wow.. could it be? Surely not. Yep, the 1940 British and German vehicles that good friend Gerard had offered to help me get the 1940 France project underway for 20mm Spearhead. There were some unmade kits ... 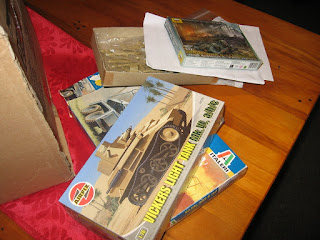 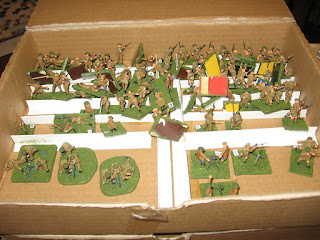 Oh, and some late war paras .. 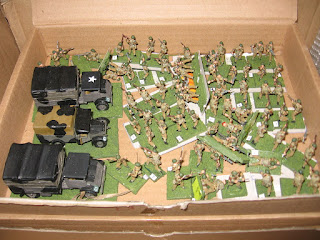 .. complete with jeeps, artillery and AT guns, to add to the existing para forces .. wow, that was an un expected surprise. 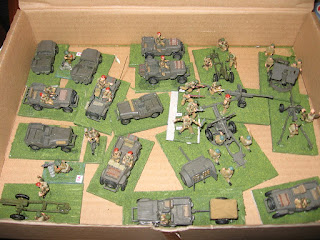 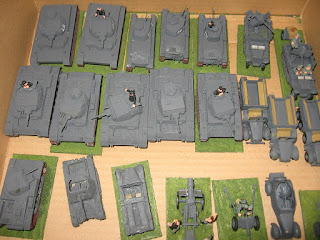 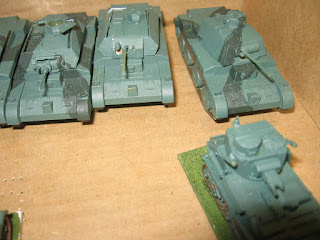 The 20mm project was one that I had on the longer term horizon. Looks like it will hit the road running a little earlier than I'd anticipated.

Gerard.. 'b**y legend' .. we'll work out a little deal on this one. My only regret is that I missed catching up with Gerard when he delivered the boxes while over in Christchurch on a flying visit. Next time!!!!