Still pottering, still clearing up LONG delayed projects. I found these three GAZ trucks tucked away in a dark corner requiring assembly and painting. The 20mm Soviet army needed AA cover, and while not the most effective in game terms (nor probably in real life terms either) these will do for a start. These vehicles exemplify one of the many aspects of Spearhead that I enjoy, the need to co-ordinate all arms to maximise success. Army lists that are one dimensional tend to suffer at the hands of balanced forces.

The vehicles had been given to me so many moons ago I can't even recall their manufacturer (they came sans packaging, just in plastic bags). There were some crew, but the quality is such that I decided to forego their presence on the back. I could have completed all three as AA trucks, but no army list I've constructed calls for three (although I still have the parts for the third, so if ever I need one...).

The third truck may be a nice tow for an AT gun at some stage.

The kits lacked enough wheels to have the trucks dual wheeled at the era, and I fretted over this, but I did find this photo of a GAZ with two rear axles, but only single wheels, so maybe it's OK. You need to scroll down to find the GAZ truck photo. 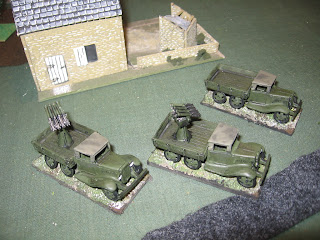 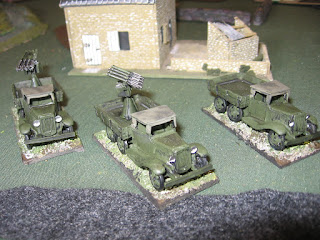 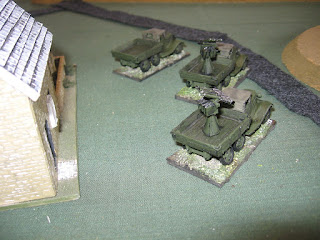