Today was the day: 'A HotT Winter's day'.. a HotT games day played here in Christchurch, New Zealand. Nine players played 13 games in a superb atmosphere of fun and cameraderie. Players varied enormously in experience, but brought a fascinating array of armies to the day: re-animated terracotta Chinese, British VSF, Chaos, Lost Worlds, Dwarves, Semi-Historical Mediaeval, Semi-Historical Indian, Undead, and more. Mark O won all games played, while Andy Gorman won the prize for the most creative army (the VSF army with air boat, flyers and behemoths, judged by fellow players) while Gordon Pinchin won the prize for best painted army with his Dwarves as judged by the wargames Club President.

So successful was the day that the players all voiced the desire to repeat the exercise, perhaps in a more formal tournament format.

Below is a range of photos, in no particular order. 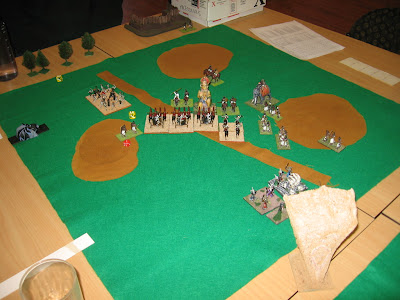 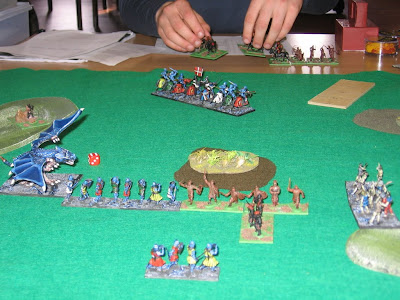 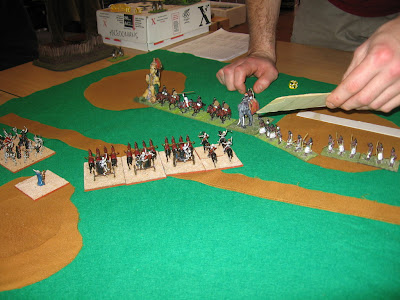 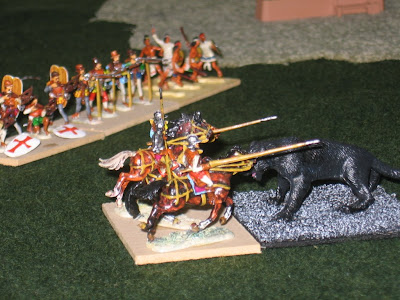 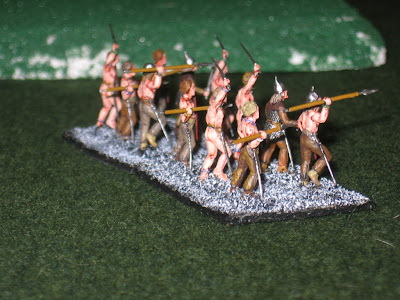 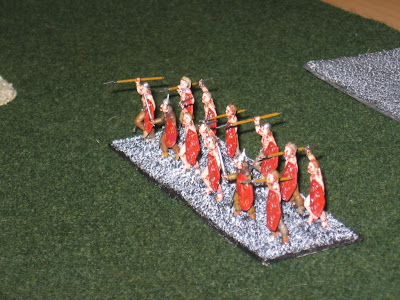 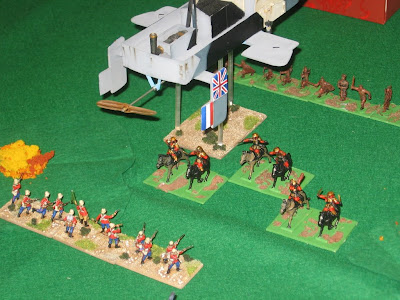 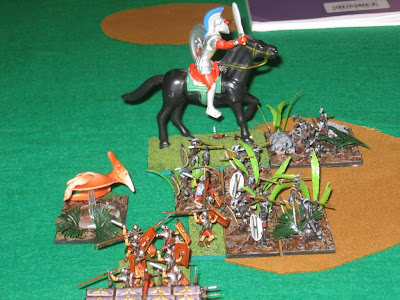 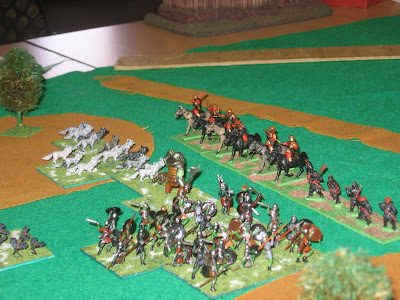 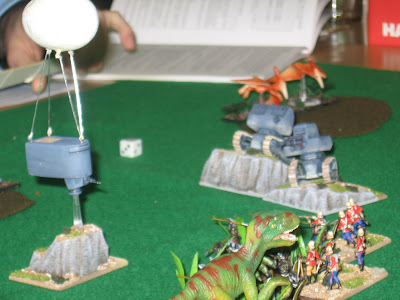 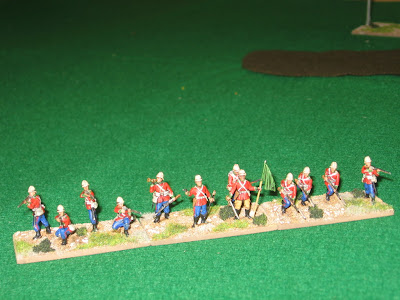 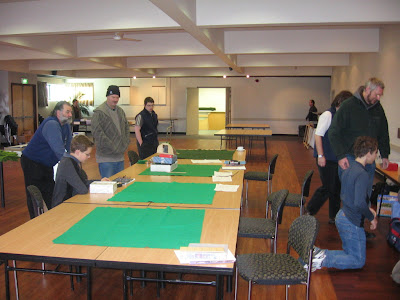 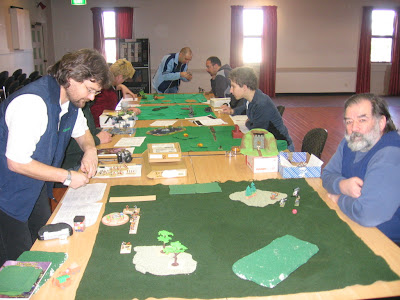 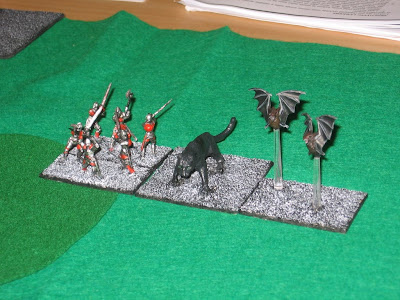 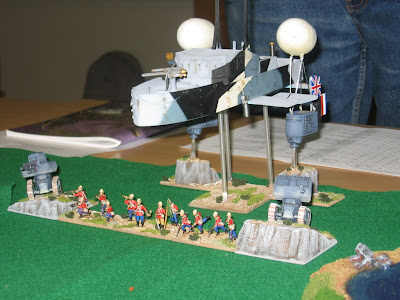 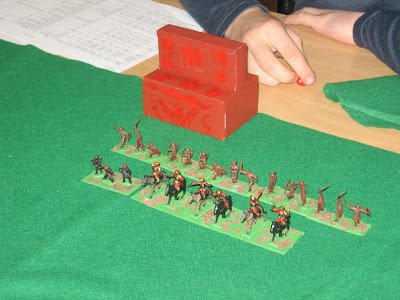