Finally, a chance to play a Volley and Bayonet game with Adrian's latest period and armies: the Russo-Turkish war of 1877. The armies are 15mm and as always beautifully painted. Adrian took the time to fit the armaments of the two armies into the VnB framework, with Turks equipped with better artillery than the Russians, and also better advanced cartridge rifles. This gave a different feel to the more normal mFranco Prussian sub period we might play, yet another example of the amazing flexibility of the rules set. From what little I know of the war, the outcomes were quite nicely historic too - perhaps the best sign of a good rules set.

No AAR this time, just a small selection of photos of the beautiful figures. 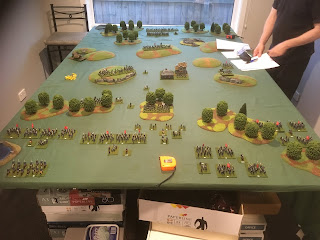 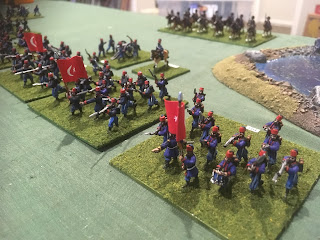 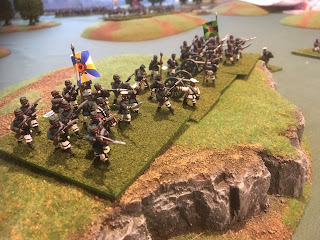 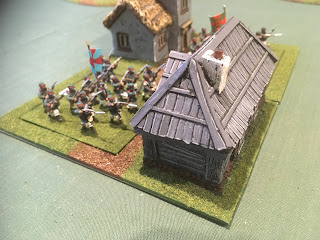 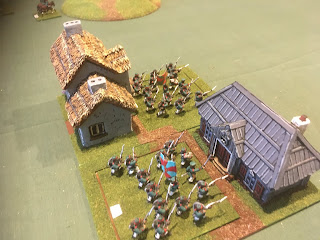 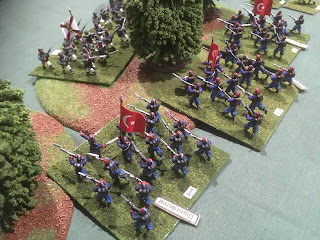 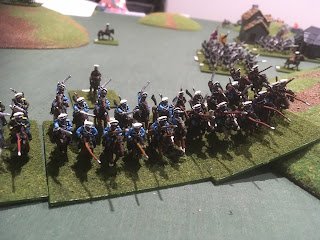 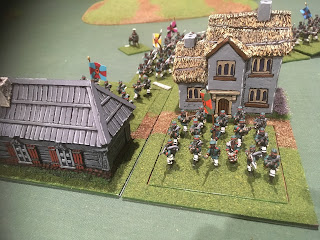 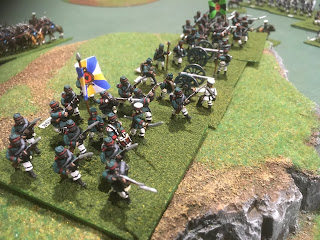 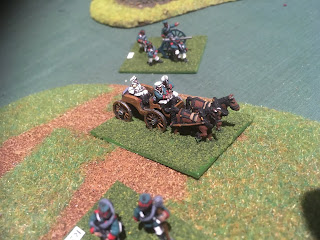 Another most excellent evening of DBA 3.0 games with Keith and Jim. My first game saw my Mycenaeans up against Keith's Hoplite Greeks.

The Greeks were defending and, being Littoral, had the obligatory 'waterway', along with a village, a piece of rough going, and a road. 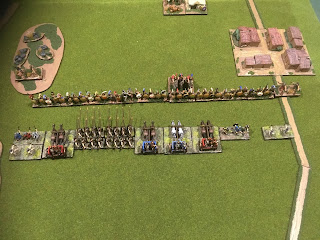 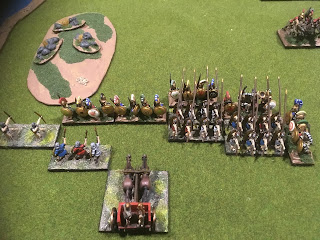 But what a great game. The second for the evening saw my Ottomans versus Jim's Poles. The Ottomans nearly had the game, being up 3 to 1, when I threw '1' on the PIP die leaving me very exposed. Jim followed this with a 6 in his turn, allowing the Poles to 'get all over the Ottomans'... but what a great game. A real cliff hangar.

I love a challenge

These figures are some of the remnants of my very first ancients army, those Airfix Romans. They are pretty much painted up, have nice shields that need re-attachment, and include some Roman light cavalry that were converted from Airfix ACW cavalry, with Roman head swaps. There are even some ACW conversions that were meant to be Gothic cavalry. 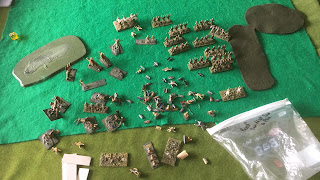 They need no longer do service in the historical/DBA scene, so what can I make of them in HotT?

Initial thinking and discussion suggests maybe Roman gladiators/Blade, with wolf God, and circus animals as beasts .. Lions and all that.

It seems such a waste to do nothing with them. Other suggestions are welcome.
at January 06, 2019 1 comment: