Some things in life are more weird than we think we could imagine. Take for example this piece of acoustic equipment designed for 'sound location', that is, locating enemy artillery using the sound of firing.

This was the inspiration for the 'magician' I have created for the Weird World War 1 British army. 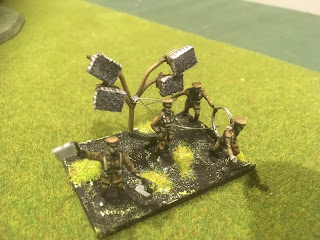 You'll notice that I finally (after all these years) found a use for those two figures from the British World War 1 Infantry set who always seemed to be holding a 'hula hoop' (yes, yes, I know .. it's meant to be a coil of barbed wire). 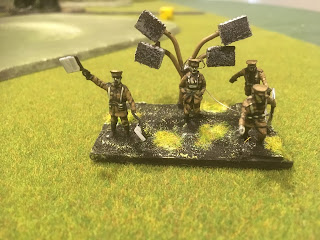 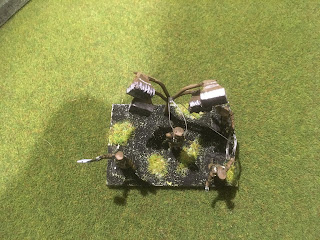 The figure in the centre with the cables attached to his head was a suggestion made by Andy... NICE!!! The attachment of the cables proved to be slightly 'ham fisted', but as long as you don't look too closely, it all works 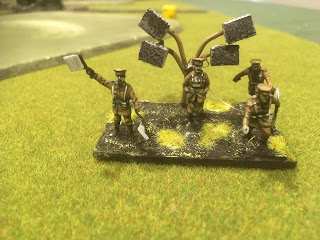