Blink .. no reference Dr Who' weeping angels, but definitely some weeping as I suffer what may be the fastest defeat I've ever been handed in 40K. Adrian and I met for our 4th game of Warhammer 4th Edition in a row .. our way of learning the rules. We each used a different army this time: for me Space Marines, and for Adrian Sisters of Battle. The game was a 1500 point match, playing the 'Recon' scenario from the 4th Edition rule book.

My SM army was a little unbalanced as I used what I had available:

So, being a little light in the flexible heavy support, we went at it.


Adrian one first move and managed to destroy the Razorback before it managed to fire a single shot .. ouch

I decided to move the assault marines forward in support of the Vanguard veterans . This wasn't the original plan, and brought them close to the advancing penitent engines .. in hindsight this was never going to end well, but .. sigh...


After an initial successful turn, the rest of the game went very sour from the SM point of view. St Celestine and a squad of seraphim assaulted the Librarian and his tactical squad... result? massacre .. oh my G*** ... 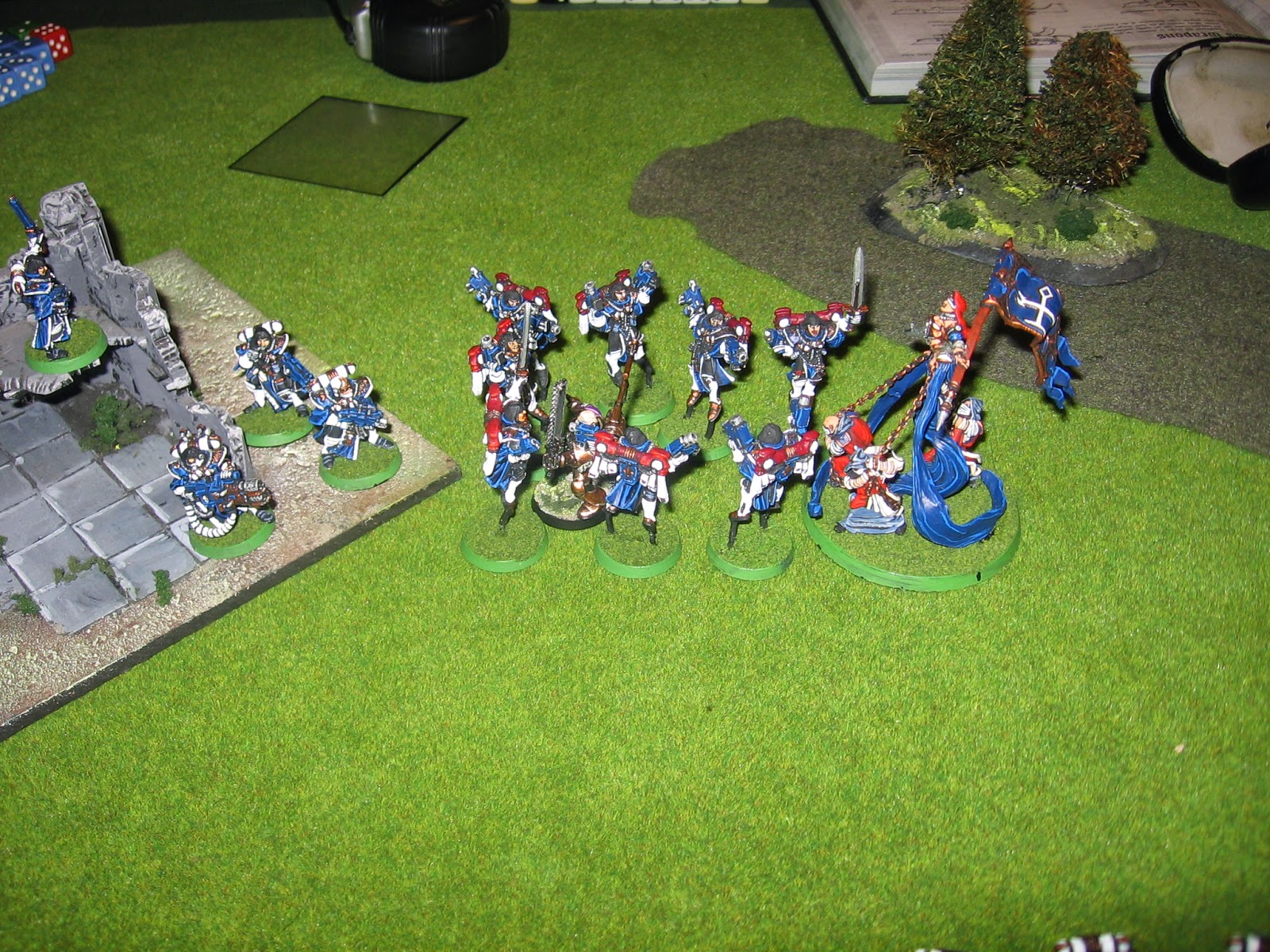 By the start of turn 3 there wasn't  a lot left. The penitent engines shifted their focus to the left flank devastator squad. Aha, I thought .. eat my shorts, here come two plasma cannons and a lascannon. Net result? NOTHING.. not a single wound. OOooo this is going to hurt again .. 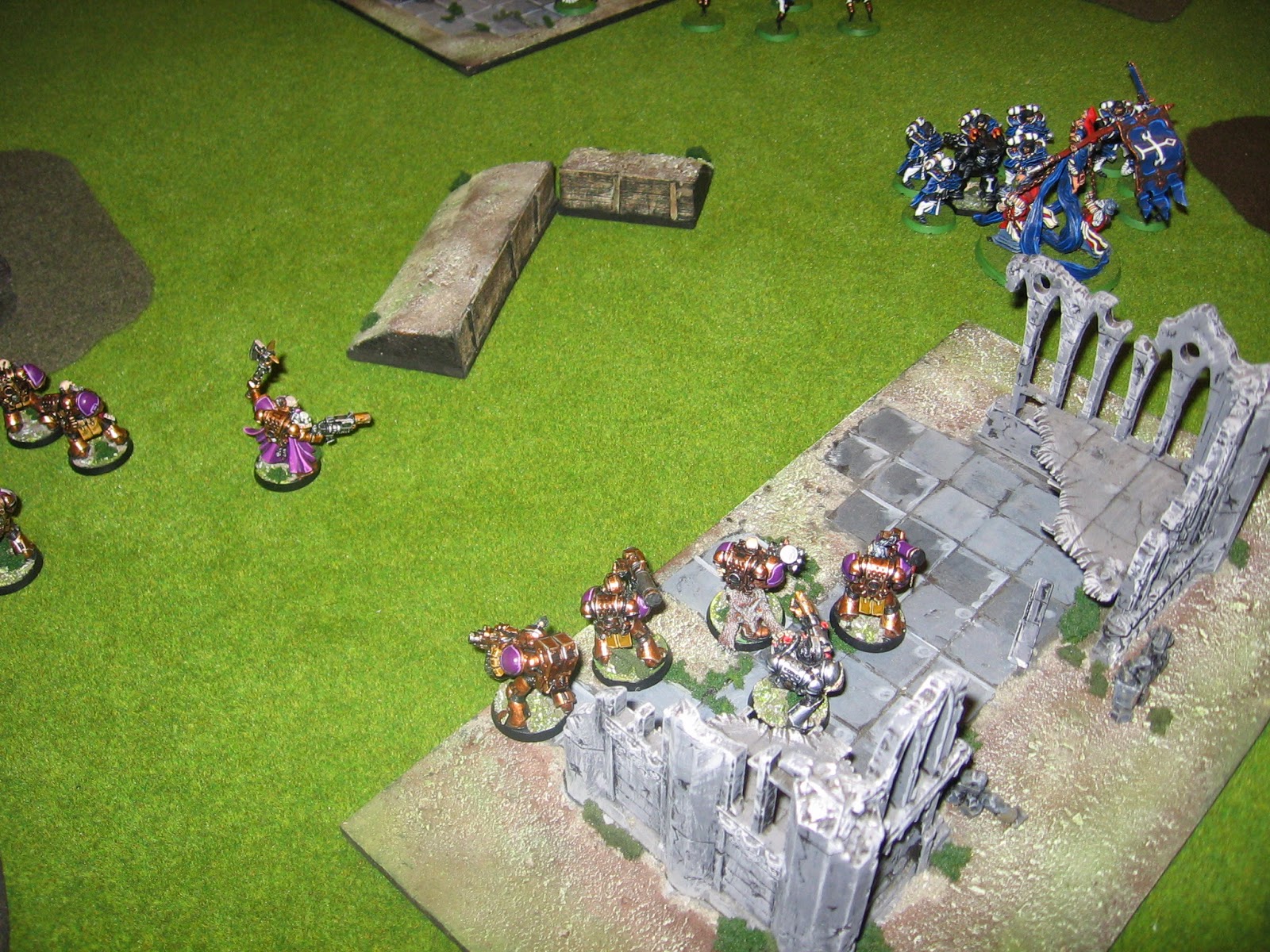 So we called it after turn 3.. I simply had no way of scoring enough victory points in terms of the scenario conditions to come even close.

Now that was a real 'thumping. Looks like I have a little to learn about how to use Space Marines then, but the game looked great. Again a lot of fun pushing beautiful miniatures around on the table.
at October 04, 2014 3 comments:

Surely you could never accuse me of being that? Errr... well ...

Several years ago I acquired an unmade kit of the GW Space marine Drop-pod. It has sat .. you guessed it, unmade, since then.

As Adrian and I have pottered with our return to 4th Edition Warhammer 40K, I thought I'd take some time during this holiday break to make the thing up and get it on the table for tonight's game. The Space Marine army is still very unbalanced, but this will make things interesting.

The drop-pod has been painted in the colours of my own Chapter "Les Voies Sacres'... the purple and bronze. A nice little addition, should look good on the table. Watch out for the AAR. 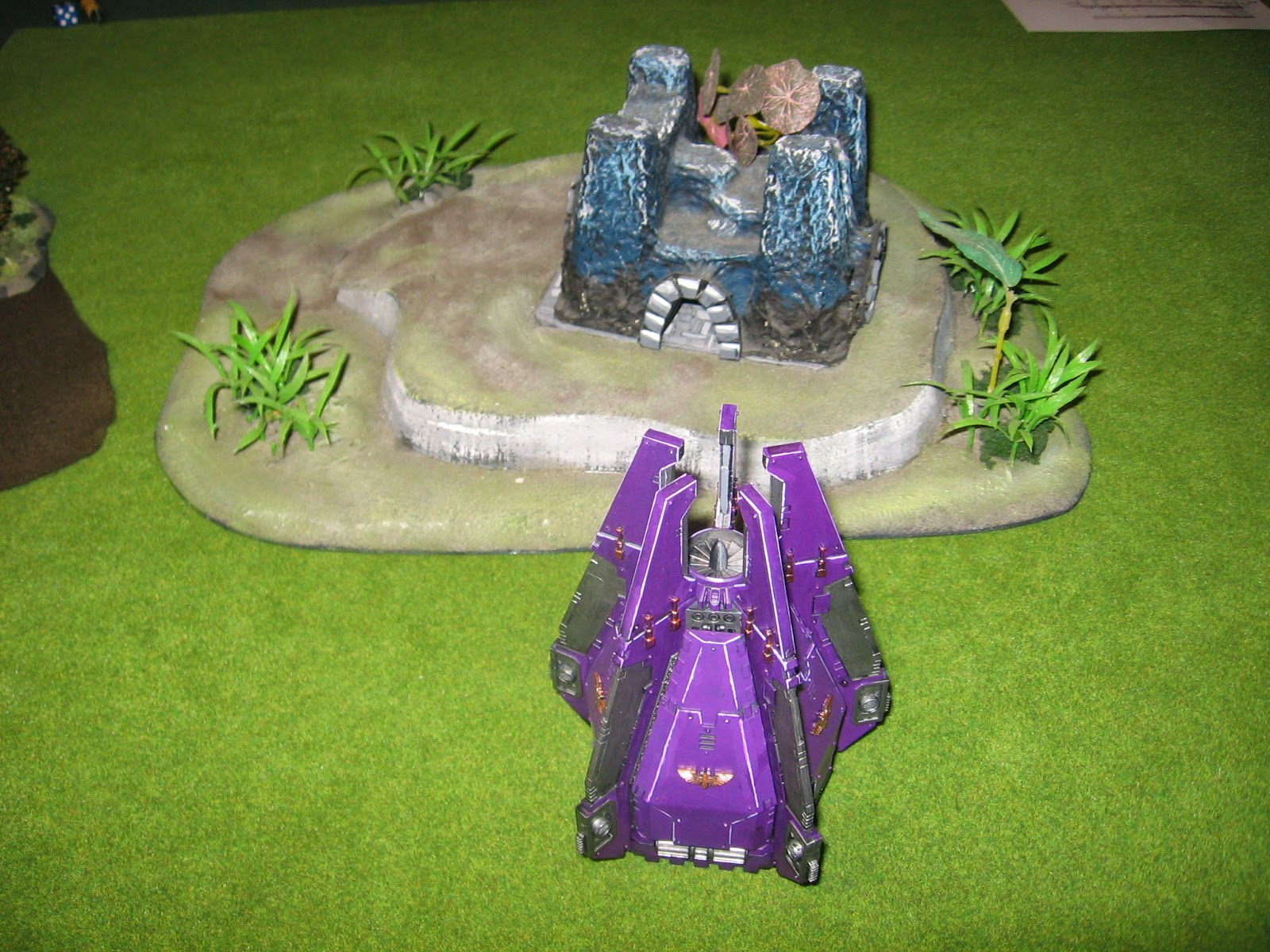 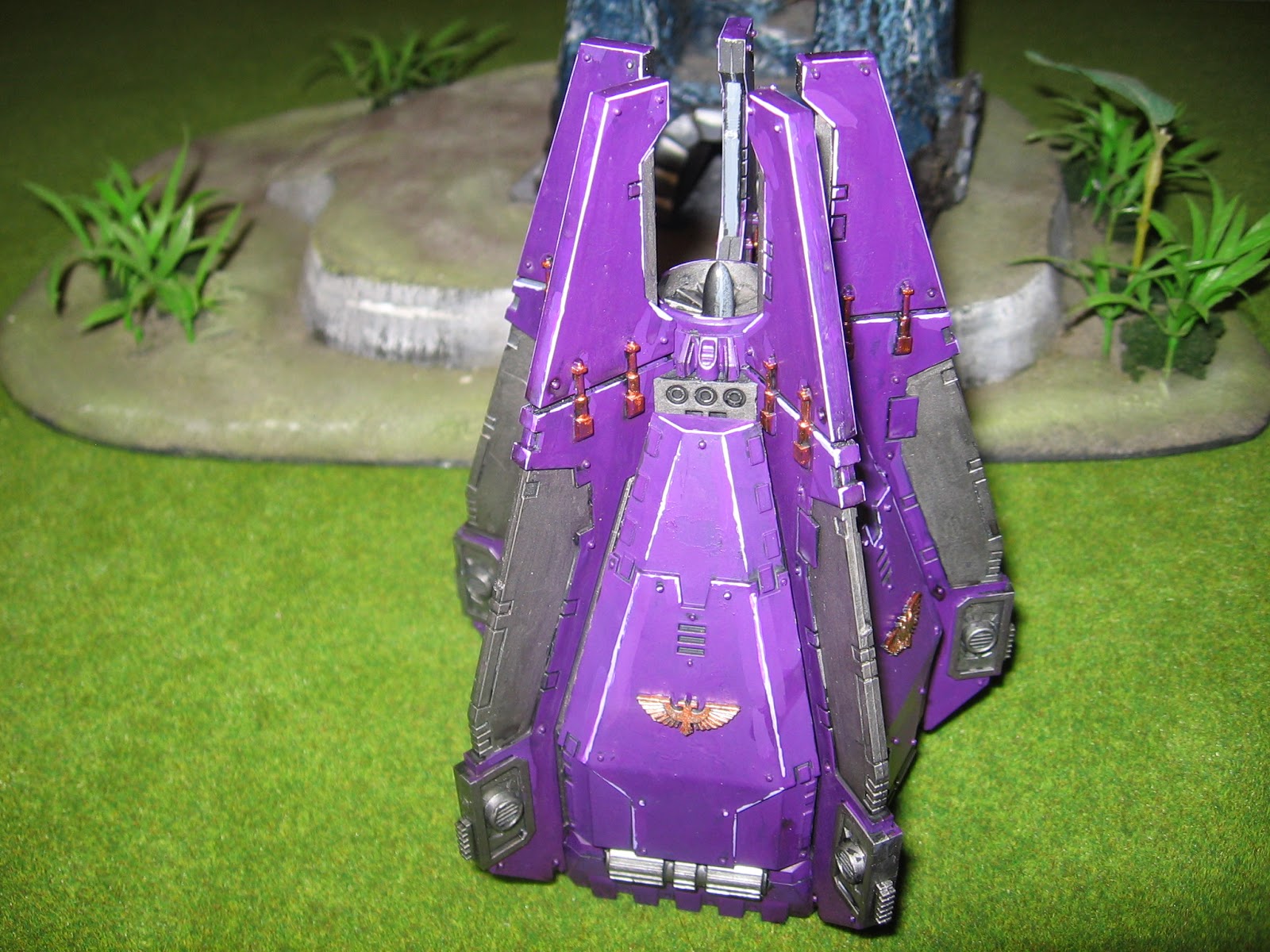 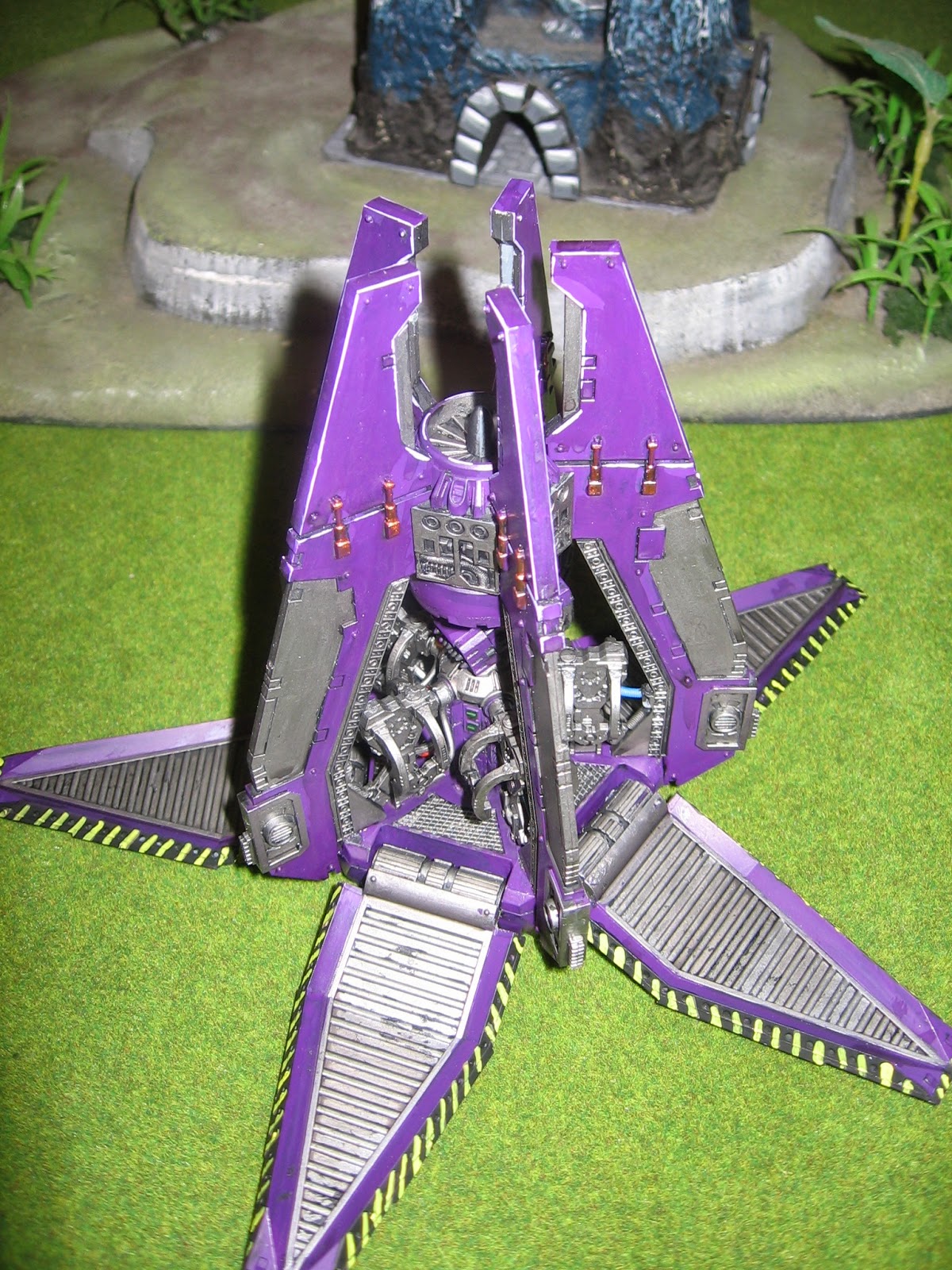 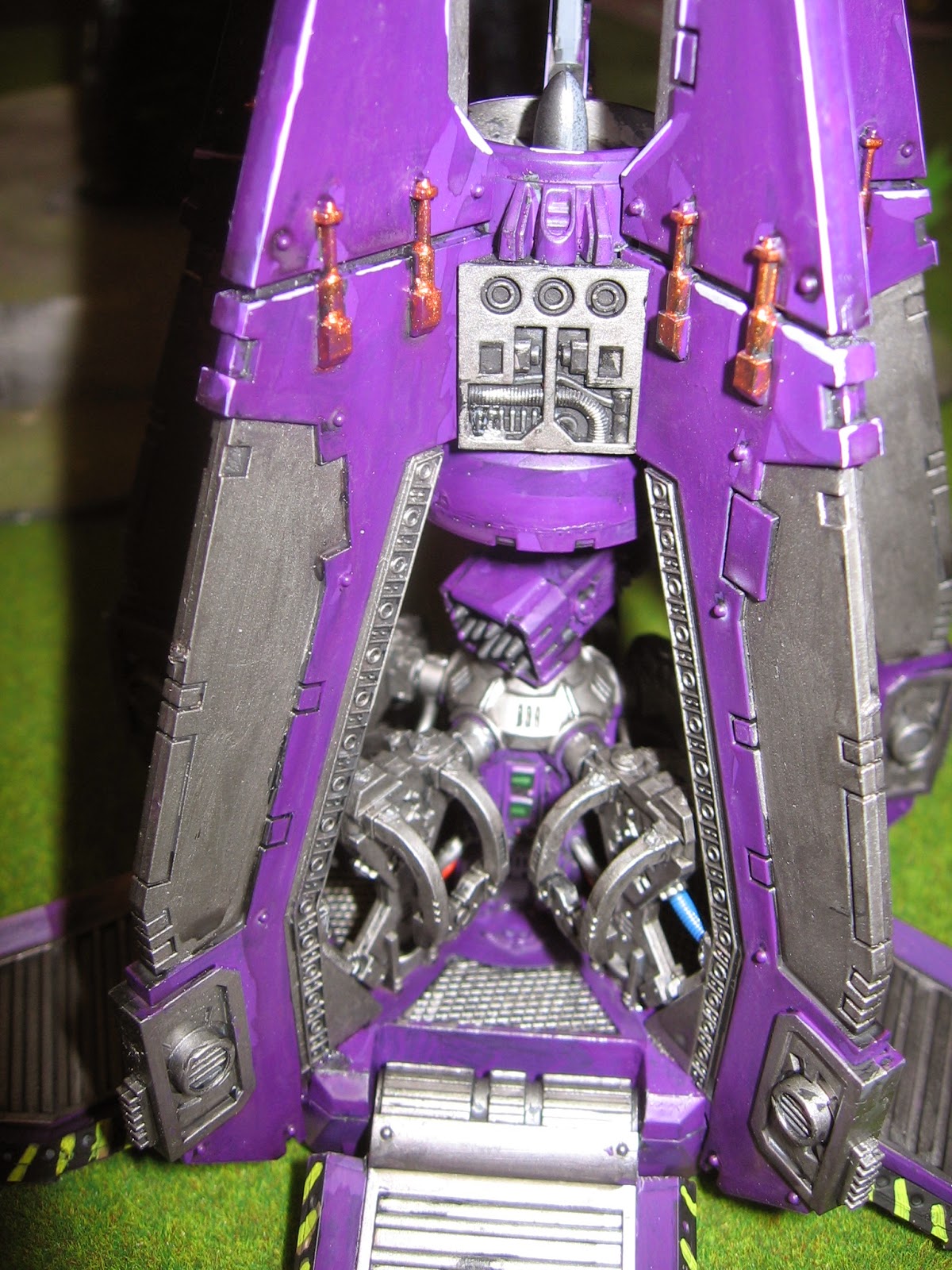 A small group of us played the most awesome August 1914 eastern front game on Friday. The game saw a combined German/Austro-Hungarian corps attacking a reduced strength Russian corps. The game played out just like those German war diary accounts of firefights in France (even though this was the eastern front).

Here are three 'teaser' photos. Watch 'The Great Adventure' next week for a full photo after action report. 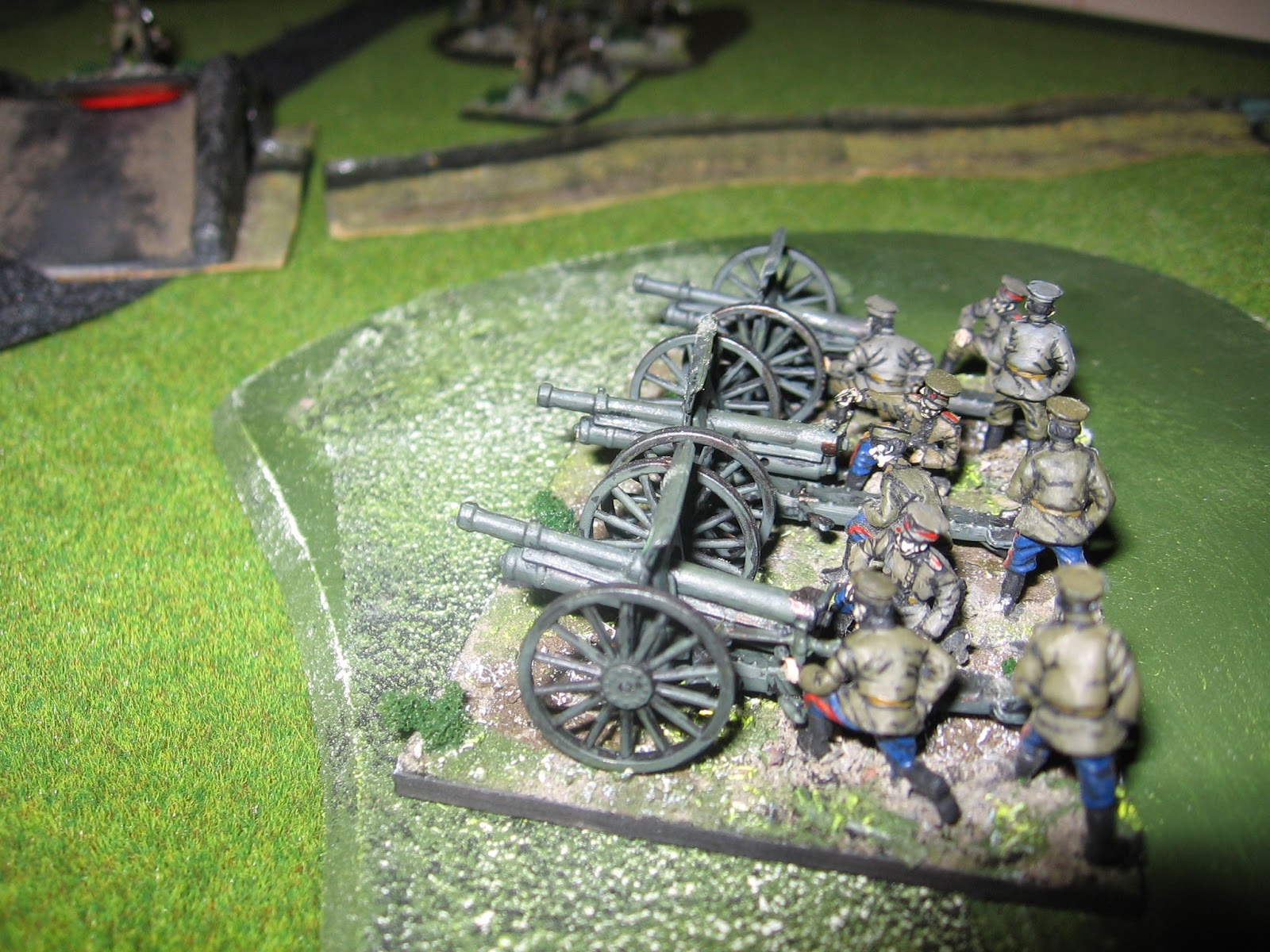 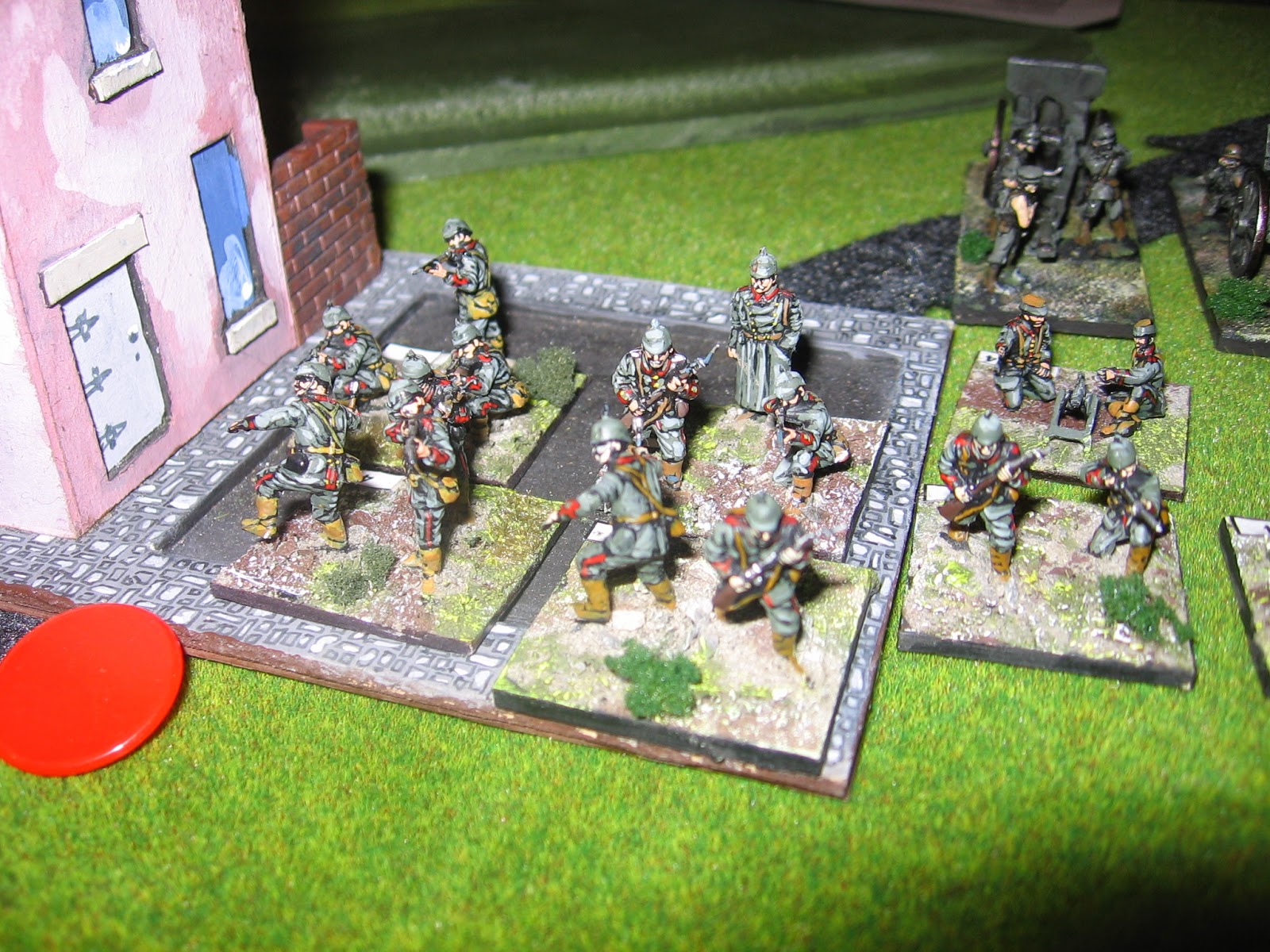