I really enjoy good authorship and research that busts popularly held myths. In that vein some years ago good friend Pete lent me a couple of books by American researcher Walter S Dunn on the Soviet army in world war 2. Over the Covid lockdown I ordered a couple of those books to add to my own library:

Dunn has researched meticulously over the years, using original Soviet sources, and German sources, amongst others. He notes that often the German intelligence view was very close to that confirmed by the Soviet sources.
Dunn presents a mass of data that explodes many of the myths which I have to admit to having previously held. I'll describe one area in particular to make the point.
It os commonly held that by 1944/45 the Soviet Union was running out of manpower. Dunn uses population data to show that in fact the opposite was true. He shows that birth rates post civil war rose significantly, and health outcomes also improved. This meant that the Soviet Union was in fact able to mobilise up to 2 million men each year to add to its armed forces. The final wartime conscription 'classes were the biggest of the entire war.
What's more, the total armed forces deployed on the eastern front were maintained at over 6 million right through 1943 to 1945.  This is not to downplay the huge cost in lives that was the eastern front, but the myth of human wave attacks overcoming the staunch German defence simply do not stack up. This may have been the case in 1941, and possibly at times into 1942, as the Soviet Union worked to re-establish its economy and supply the armed forces with the weapons that they needed.
Dunn describes the reductions in size of rifle divisions, something that others have held up as proof that recruitment was difficult. In fact, rifle companies were reduced in size and support units are expanded. Armour, artillery, tank destroyer, and self propelled gun, units are an ever greater part of the Soviet forces. The Soviet Union places ever greater numbers of automatic weapons in the hands of fewer troops so that firepower and combat effectiveness are not compromised.
There are many other old myths exposed by Dunn's work. He shows that by 1943 the Soviet Union had effectively won the economic war, the war of production, this coinciding with the Soviet command structures finally maturing to the point where Russian forces were capable of breaking the German line anywhere they chose.
This is good stuff, although Dunn's writing style can be repetitive, and the sheer volume of data is mind boggling at times. I don't normally buy non-fiction books in soft cover, but the hard back editions are a little pricier than I can afford. That said, I am glad I bought these. There are another few Dunn books that I think I'll invest in too.
This is a great bit of myth busting, based on solid reliable data (if the bibliographies are anything to go by). There's nothing better.
at July 14, 2020 1 comment:

I haven't been getting to much hobby stuff done lately, a combination of factors involving work, and the Covid situation. A year or so ago I bought the Airfix Be2c kit for use as an Airboat for the HotT (Hordes of the Things) Weird World War 1 army.
I hav missed the creativity that HotT allows in the construction of armies, and so this turned out to be a nice reconnection with some of those skills. 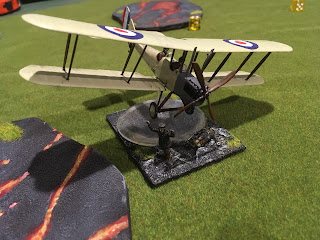 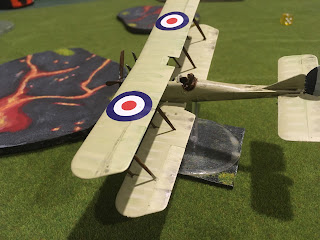 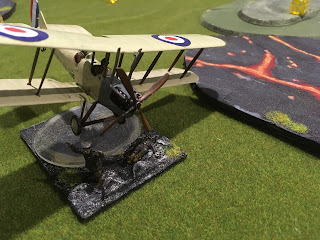 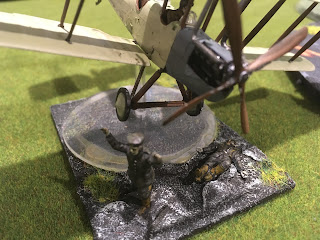 It was nice to reconnect wth a little kit bashing, although biplanes etc are often not that easy to assemble. The army is still a few points away from completion at 72 army points, the size for Big Battle HotT, so there is a little incentive there to finish this one too.
at July 14, 2020 No comments: