A little more fanciful imagining (with some help from Andy) has produced these cyclists which will make their debut as riders in the Turkish VSF army.

I felt that the British VSF, which might still be stuck in the days of the horse given the dominance of cavalry commanders and their place in the social elite. The Turkish forces might, I reasoned, be more accepting of newfangled ideas and contraptions. Hence the VSF 'ified cycles appearing as riders. 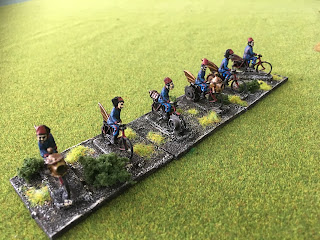 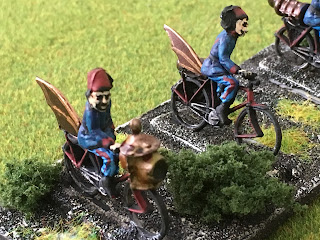 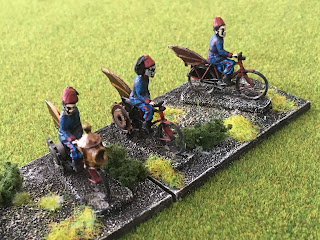 These are based around the (very) old Airfix German mountain troop cyclists that I had in the spares box. They had the mandatory head swaps (not nearly as happy with my modelling execution of the swaps with these), and some accoutrements added to the bikes (most came from a GW fantasy Dwarf sprue, suitably modified and fitted to the bikes. The tail fins were simply fabricated from scraps of plasticard.

All of this imagining is a suitable lesson in why we keep spares boxes and hoard everything we don't use   ... well that's what I said to Lorraine, anyway.

And here is the Turkish army in its current state, heading towards 48 points, at the moment. Big Battle HotT at 72 points is still the goal. These fellas will be battling it out with their British enemy. 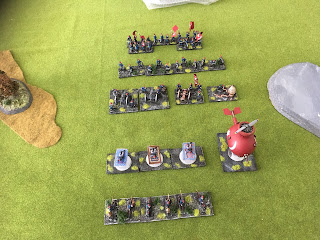