Russia, mid 1943. Two small brigade sized forces have been given tasks by Division that will bring them in to collision on the Russian steppe.

This was a small eastern front game that Adrian and I played using Adrian's Rapid Fire modifications. I was keen to see how they played with the mid war equipment after my introduction using Adrian's 15mm early war French and German forces. We used my 20mm forces. 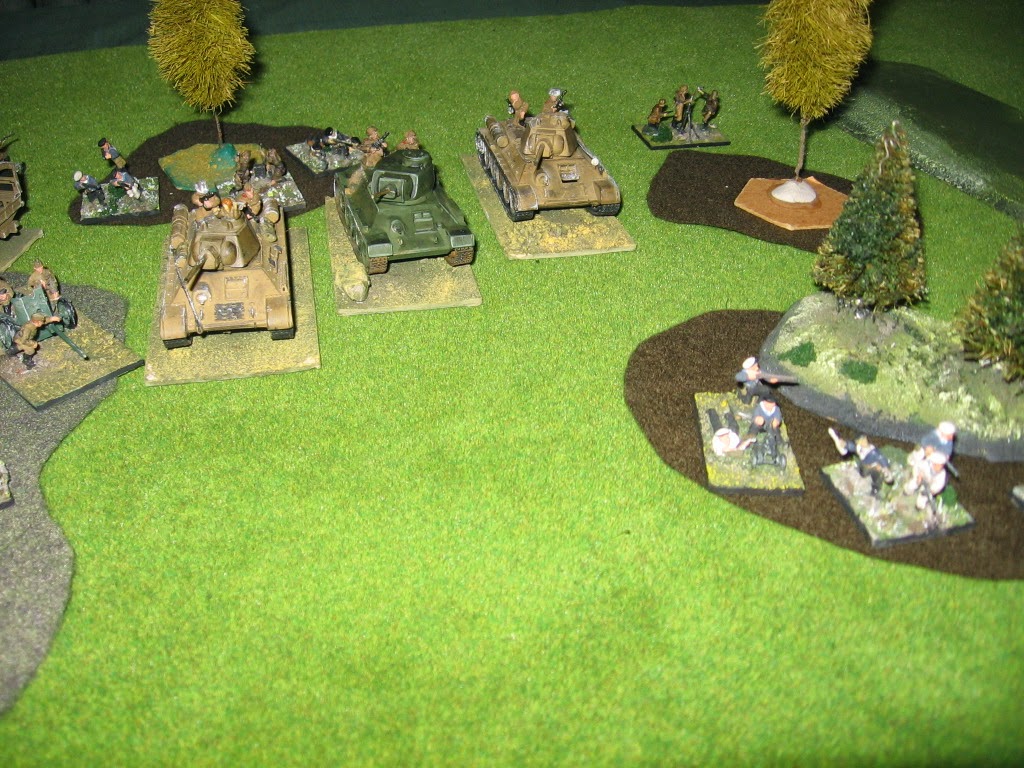 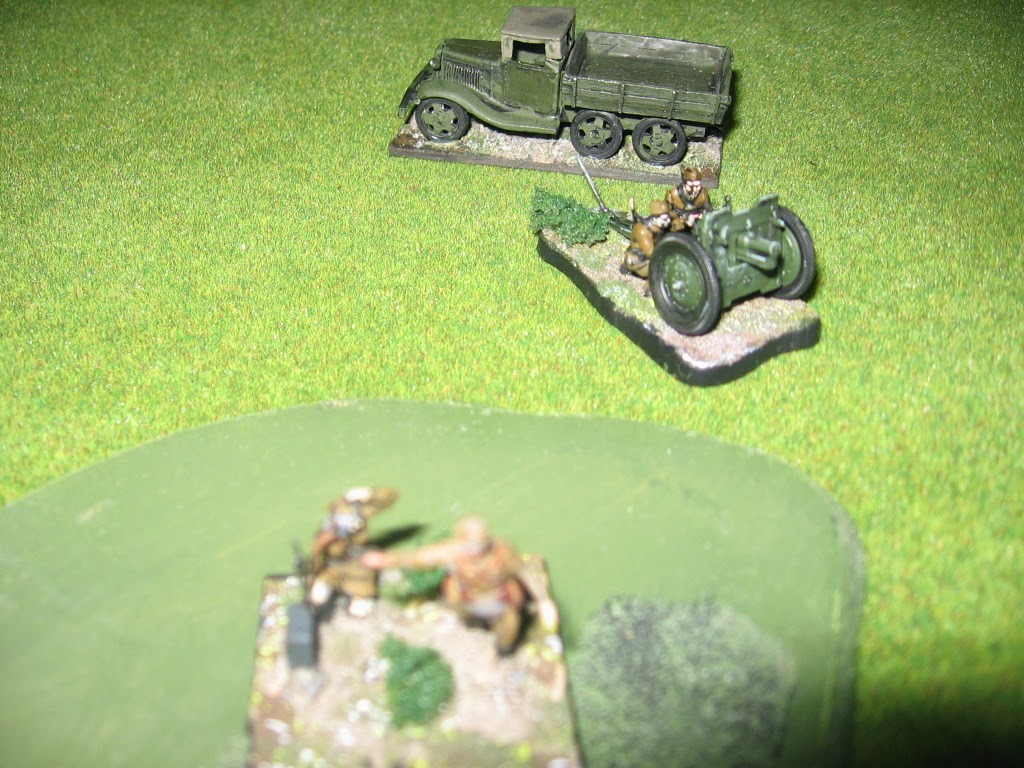 Meanwhile a fierce infantry action developed on the Russian left as their infantry tried to take positions from a German battalion. 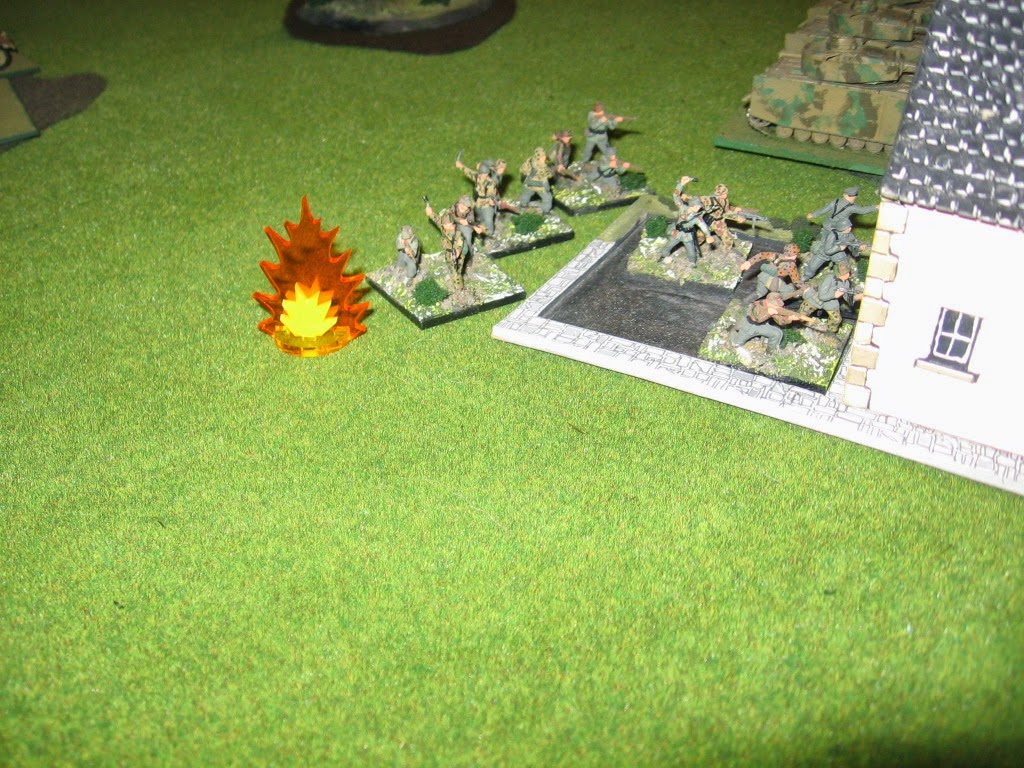 The Russian armour was able to take advantage of supporting fire from well positioned infantry AT platoons, with supporting artillery fire from an attached battery of 122mm artillery guns (off table). 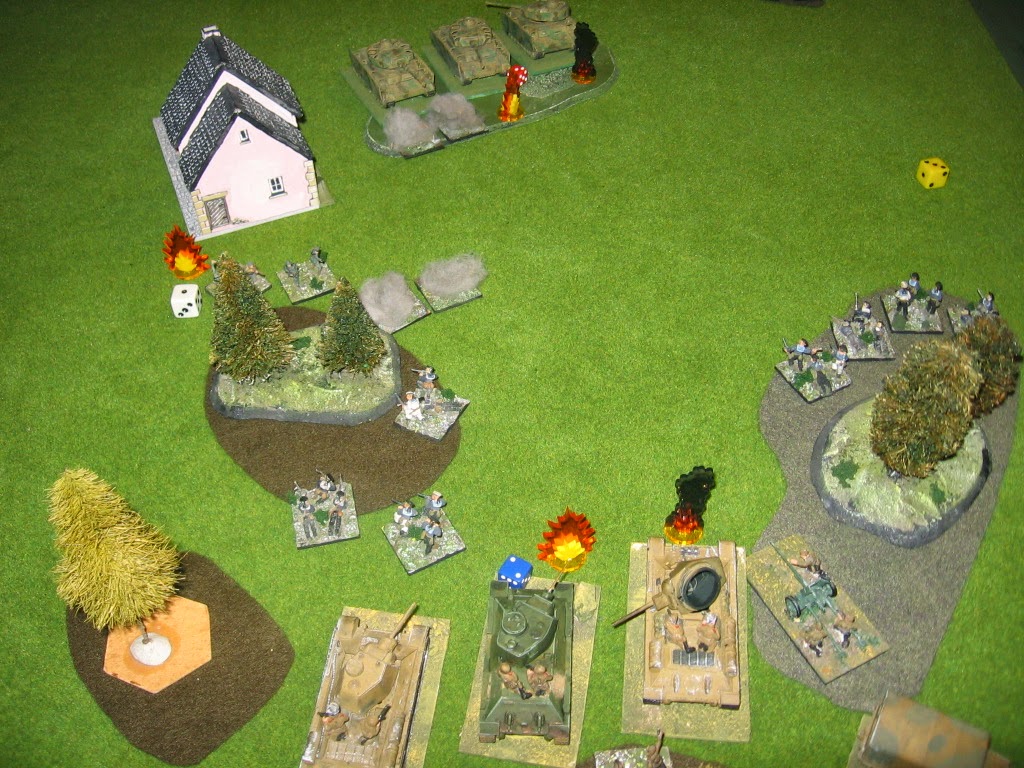 With early success, the German commander reinforced his right with his reserve company.


The German armour, sensing that it risks being overwhelmed by the combined tank, artillery and AT fire, pulls out form its hull down position. However one of the two remaining platoons takes flank fire from the Russian armour and AT platoon, and is overwhelmed. The German armour commander withdraws. 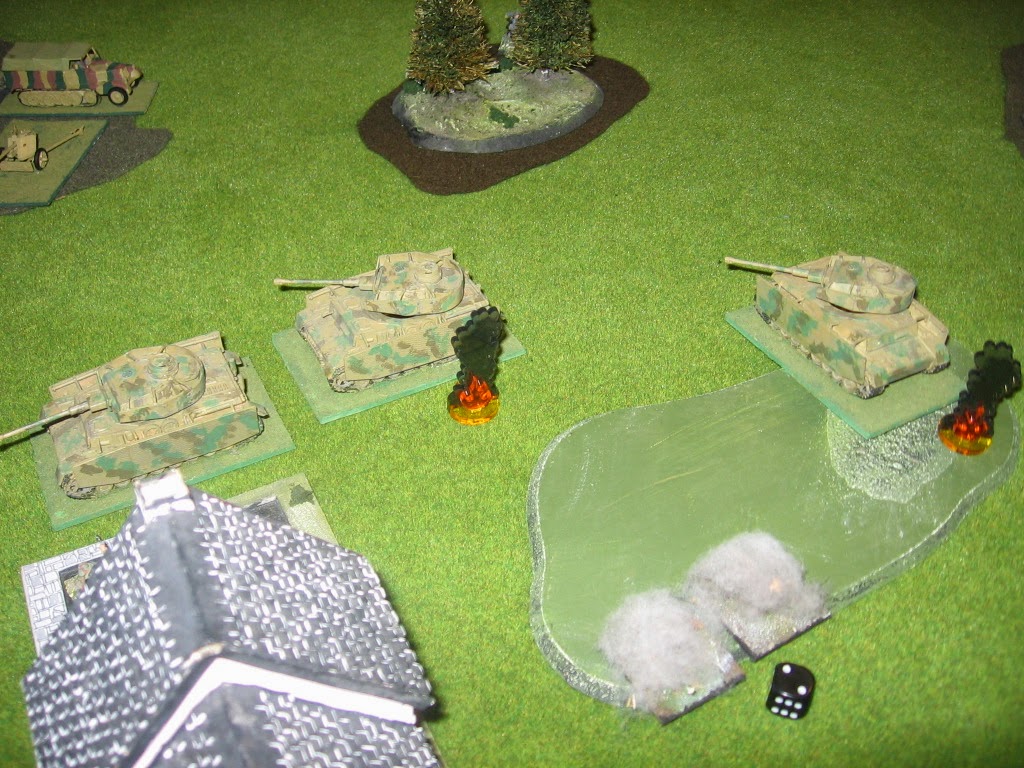 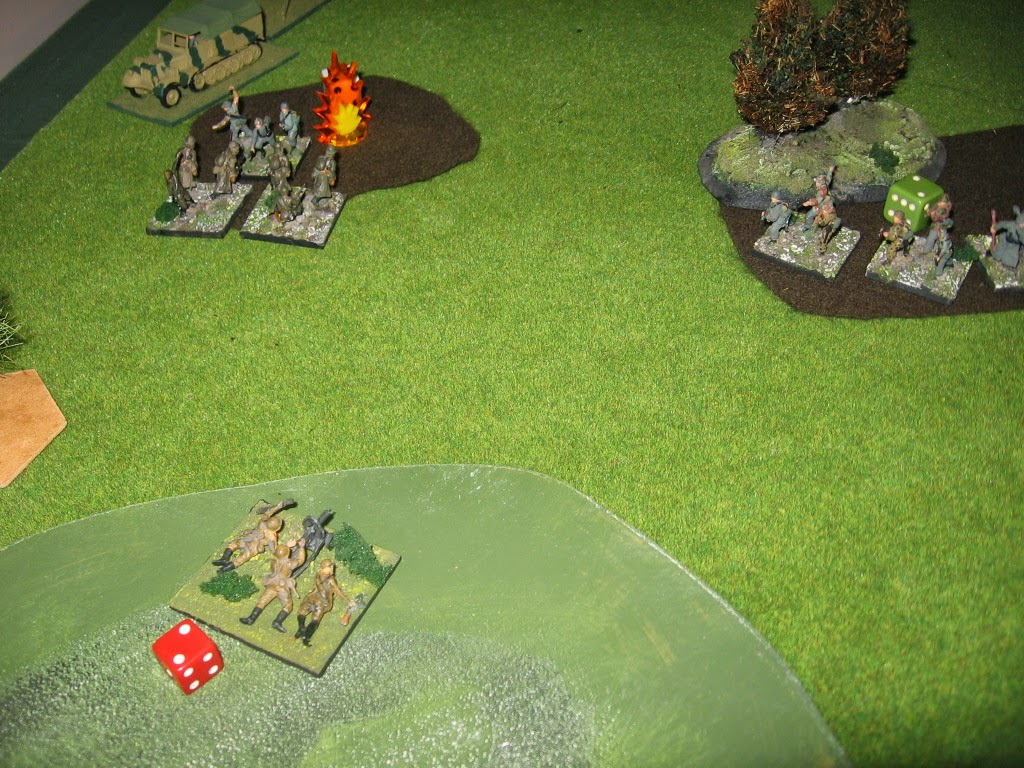 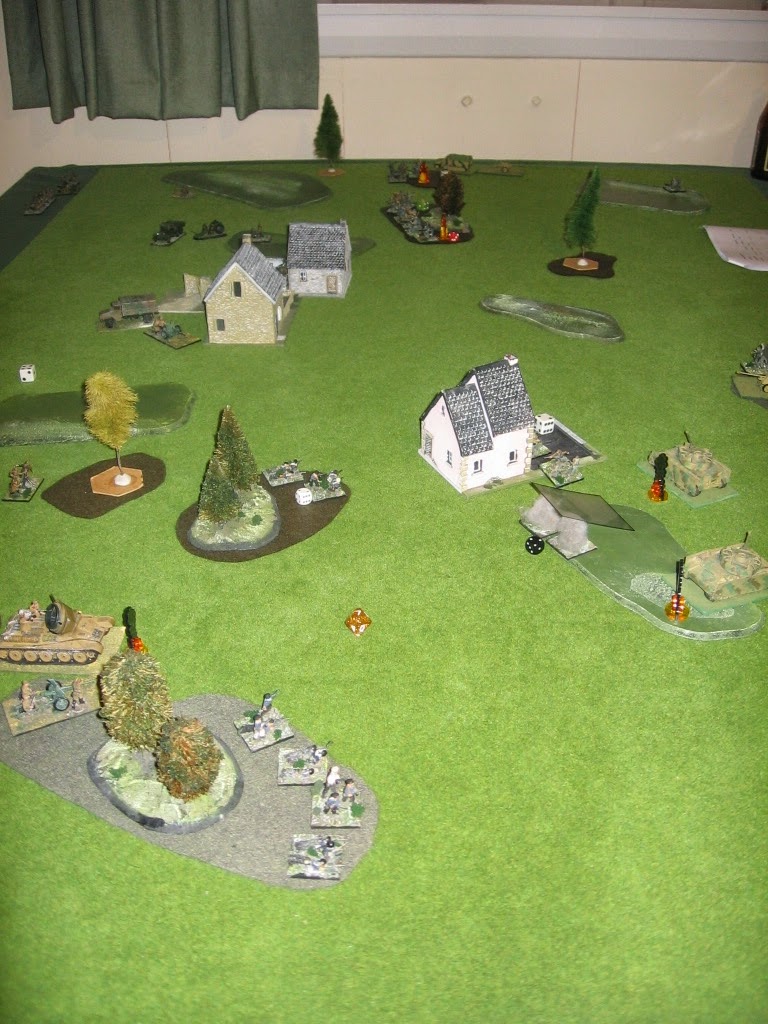 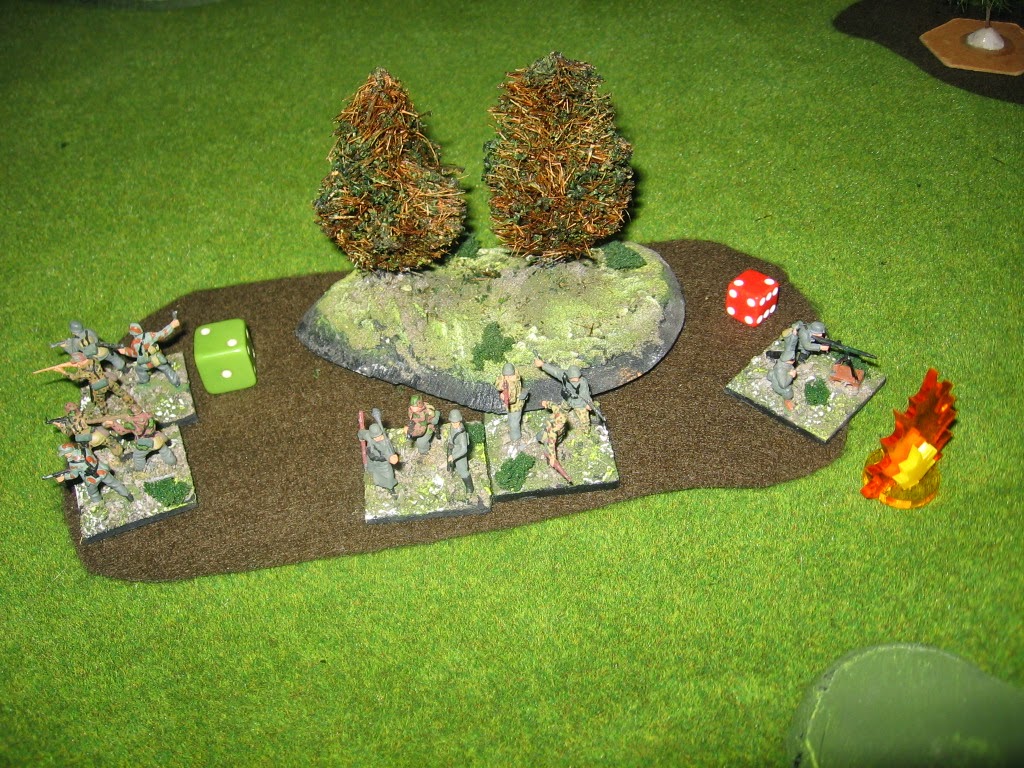 Both commanders realise that to make any further progress they will need reinforcements form Division.

This was an interesting game. The RF system plays much better in my opinion with Adrian;'s modifications. It still lacks the tactical finesse, the subtlety of Spearhead, but it provides for a interesting game none the less.

We agreed that we now need to add in more forces on a larger playing area, along with supporting aircraft. This additional layer will we think add even more interest.
at December 06, 2014 No comments:

So the saying goes .. and I think that's correct with our wargames hobby too. I've just finished another regiment of 6mm French infantry for 1914 WW1 (Great War Spearhead) games, and made a connection good friend Keith's most recent blog post 'Accessible Wargaming' in which he discusses the trend towards skirmish gaming. Keith discusses Sam Mustafa's podcast suggesting that the rise and rise of skirmish gaming has arisen because we are increasingly a time poor society.

My WW1 projects have taken time.  The 6mm French army now has two GWSH divisions to match my two German divisions, and I have enough German figures to complete a third German division as well. The Spearhead games require careful thought and an investment in time to plan and play, but they are the 'meat and potatoes', the three course meal, of 'gaming. They reward the investment in time to paint, and play, with a sense of satisfaction, with the sense that you have indeed crossed swords with an opponent.

The same is true when I field or command armies using Frank Chadwick's Volley and Bayonet rules. My love of the 'Hordes of the Things' rules is no secret, but the project to expand armies for Big battle HotT reflects this desire for something 'meatier', something to satisfy the appetite.

Smaller games like DBA and HotT are great for quick games, and satisfy that immediate urge to build armies, but the rewards players gain from investing time and energy into painting those larger armies, and playing those larger games, are in my opinion where our real growth and satisfaction are produced.