Well you see, it was VERY reasonably priced on Mighty Ape, and.. again.. I didn't need it, but.. I WANTED it. The Spider HotT army isn't one I plan on expanding for Big battle game, but this spider demoness (same range as taht mechanical dragon) was just to nice a figure to pass up. 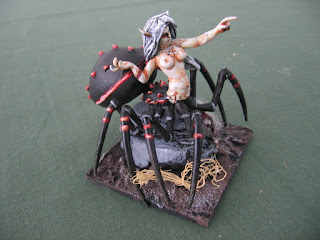 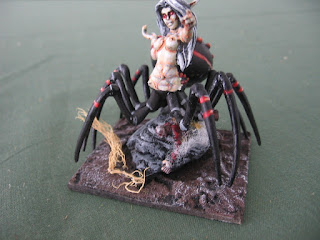 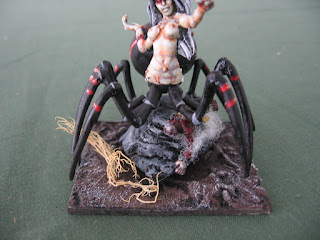 The 'rock' and human prey were both ideas from my 'creative director' (Andy), the rock as a means of attaching the figure to the base (those legs just weren't going to provide enough surface area for glue to achieve anything).

I had planned to use her as a 'hero', but the figure was too deep to fit onto a 'hero' base, so this is a 'behemoth' depth. However I think she may variably count as hero or behemoth, and could even count as a God, although Spiderman might be more than a little 'miffed' at being supplanted in that way.