More Soviet vehicles than I'd thought ...

I thought I might take a look at just what I have available for the mid war eastern front 20mm Spearhead project.

Ouch!! More than I'd realised.

I'm not a great fan of those "line 'em up and photograph what I have" blog posts (pretty boring really), so this is more for me to use to review progress than anything else.

There are 10 x T34s ( a mix of early and mid war variants), and I found another one assembled long ago by someone else, but in desperate need of a paint job. That will make 11, and enough for a mid war armoured division tank brigade. There are four BT7s, and two 'lend lease Stuarts (one M3 and one M5), good for the recon elements of the brigade. Then there are the two extant KV1s, used for a Heavy tank regiment, or a breakthrough brigade, except that I need four or five to make a complete unit (hence my attempts at assembling those fated Fujimi kits).

So, the project is much further advanced than I'd thought.

Where to from here? There is some 'earthquake damage' to be repaired.

Side guard to be re-glued to this KV1. 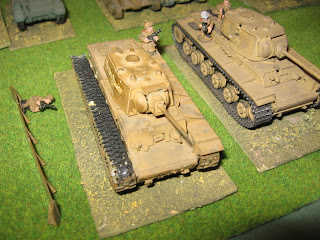 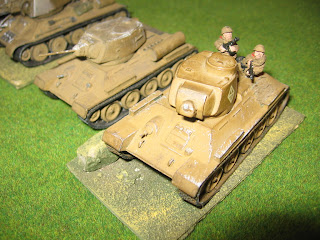 Here is the T34 collection less the recently unearthed extra vehicle which is undergoing the repaint. However there are a few errant paint jobs here too, and of course these were painted 'way back in the day' (as some of my young students are fond of saying) when we used brown khaki rather than the more correct Soviet olive green colour. Not sure if I'll repaint them all, maybe just the 'more bizarre' of them. 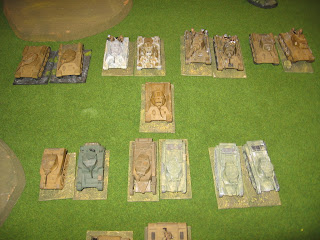 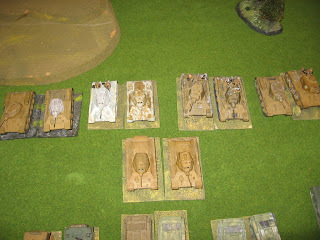 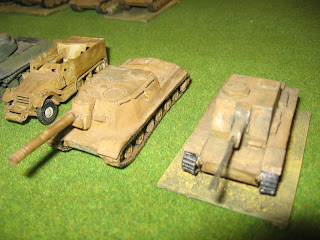 Finally this JS1 conversion, completed almost entirely from photos using an Airfix JS3 chassis, in the absence of plans. For those of us of a 'certain age', doesn't this take you back? No kitsets available, so we just had to 'make it up' as best we could. "You try telling young people 't today that, they won't believe you". 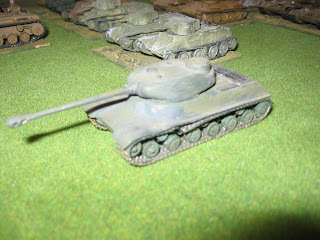 Here are the recon elements. The BT5 at the front was a scratch build job. I remember the trials and tribulations of getting the hull front correct. 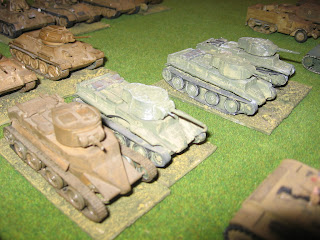 And the two lend-lease recon vehicles.The M5 Stuart at the front was another of my scratch build projects. The hull rear and the turrent were 'challenging' as I recall. 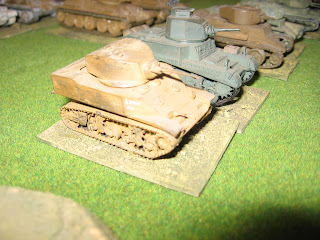 A landslide along the road ...

After messing around with those old Fujimi kits, I've decided to give up on them. The plastic is brittle, and the running gear keeps breaking off the hull. The tracks are too short, and there are 'axles' missing (mis-molded) on the hull sides.

Stan has some Pegasus KV1s so I think we'll abandon the Fujimi (anyone want to buys a few kits??) and go with the quick assembly kits.

Lost and the Damned come up trumps ...

With a rare Thursday evening fre, Adrian and I popped along to the local cavaliers 'gaming club to enjoy a pint and a game of Combat patrol using the new CP armies. The beer and the conversation were great, as was the game, and for the first time that i can ever recall, I won a game of 40K.
The mutants advanced in cover, ran and then hit Adrian's Necron Warriors, cleaning them out in two turns. The Chaos Space marines advanced in the centre, soaked up a fair amount of firepower before charging the three wraiths that came out to play, The wraiths had sent a unit of traitors fleeing, but these boys managed to rally after a turn.

The mutants joined the CSM in combat with the wraiths and helped to eliminate them. The 'after' shot (I forgot to to take my camera, so grabbed these few photos with my phone after the action was all over. 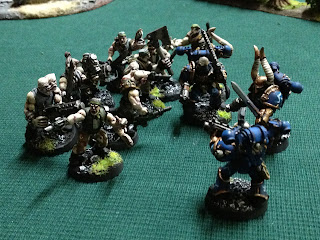 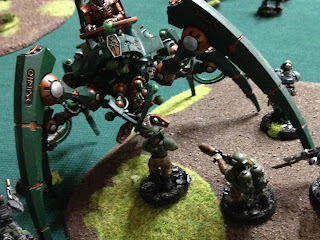 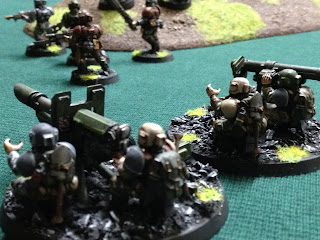 A sudden twist in the road


Right-O, I thought. With the Russian 20mm infantry sorted, what's next? This year's focus has been on my 'finishing' strategy, and I thought, I've had these zombie figures sitting in the 'to do' box for quite some time awaiting a paint job before joining the HotT Undead army. OK, onto the painting pins they go. 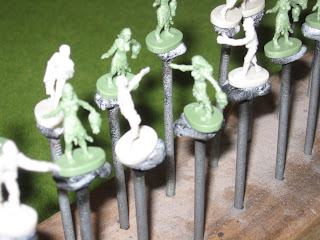 However I (perhaps rather foolishly) thought I'd have a poke through the collection of other unpainted/unassembled/unstarted stuff to see what was there, because I have been happily finishing figures in boxes, consigning the boxes to the recycling bin, and shrinking the pile. What should I find?

Oh dear!! A sudden twist in the road, a bit of a change of plan. 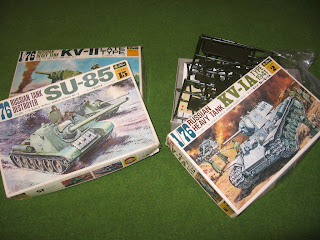 The 20mm Russian army for Spearhead needs a few more armoured vehicles. The period is 1943, so the SU85 is marginal in terms of its use on 1943 Russian OOBs, but what the heck. It removes a few more boxes from the 'yet to be painted' box, and moves the 20mm project another step towards completion.

I am also trying to reduce the pile of 'stuff' that I'll have to pack up when the insurers eventually get around to repairing or rebuilding our house (IF they ever get around to it!!). Here's another three boxes down!!! See Lorraine, I'm working on the problem.

Next step towards the completion of the 20mm WW2 Spearhead project completed: the refurbishment of the 20mm Russians. There are four battalions organised into two under strength regiments. Some of the support weapons are completed, but if the troops are to come close to the OOBs that I would use with the 6mm forces (these are the core of an infantry division 'Attack List' constructed using Keith McNelly's Scenario Generation Systemhttp://homepages.paradise.net.nz/mcnelly/scenario/scenario_system.htm), there is more to do. I don't thing we'll run forces of quite that size because of the scale compromises required on the table top. However there will be a few more additions to both the Russians and the Germans however, to create interesting 1943 Eastern Front clashes.

I've already made comment on the quality of the figures and the paint finishes. However, they'll do the job. 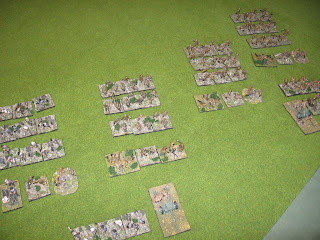 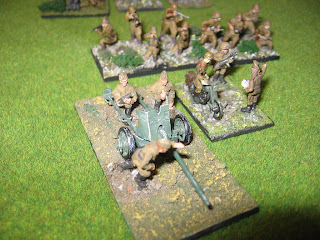 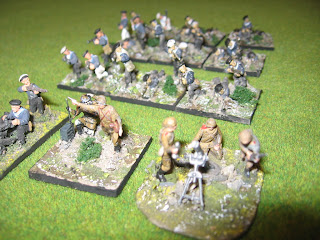 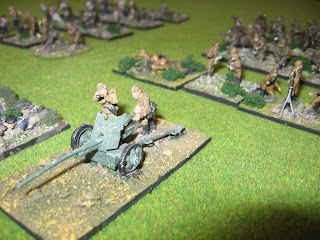 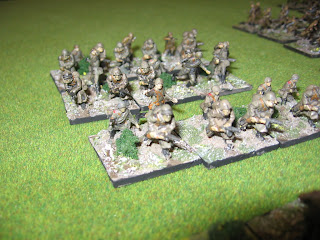 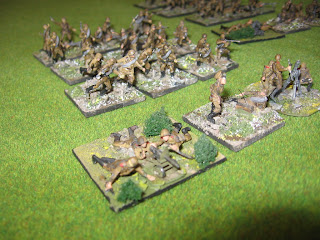