Creative use of junk... isn't that just the ticket for HotT?

So it's like this... we'd been given a couple of packets of sachets of dog food. We don't normally feed our girls with that stuff, it's mostly water and very little nutrition. But... there were these interesting looking plastic packaging retainers in which the sachets sat. I hate consigning interesting looking stuff to the landfills, so the question was what could I make of them. 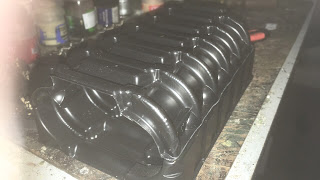 I put them face to face, and trimmed the edging off the top one. This looked a little like a bunker, or a magical tunnel , or ... well who knows. I had in mind something that might work for WWW1, or VSF, either as a piece of terrain, or a stronghold, for our HotT games. I just added a table tennis ball for a dome and a dish.

So, here is the finished piece, in the first photo complete with British VSF troops. 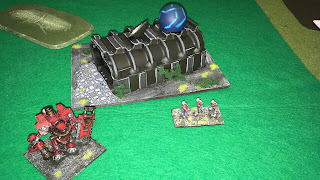 And here with WWW1 units. 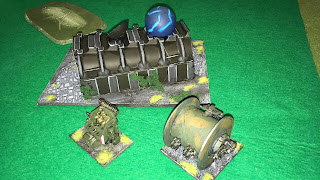 I added some details at each end to look like lights. 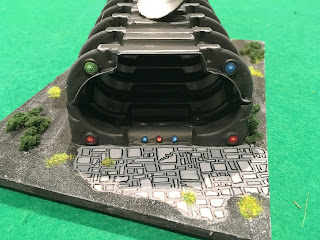 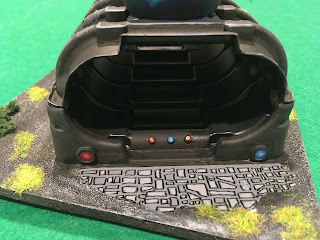 And played with the idea of a magical dome.. it didn't quite work, but it'll do. 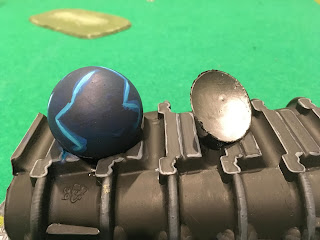