My son Nick and I finally managed to get together for a long promised DBA game. Work and life generally had got in the way on numerous occasions, but this time we managed it.

So it was my Early Imperial Romans vs Nick's Mountain Indians.. Rome had clearly pushed somewhat further east than Trajan and others had managed. The armies are both 25mm, using a mix of Foundry and other manufacturers. My Romans stem from a somewhat earlier stage in my painting career, block painted in some cases, with others showing early signs of black undercoats. I still like to see them out on the table though.

With their lower aggression factor, the Indians were on the defensive, and Nick dutifully put out two steep hills and two areas of forest. This first photo shows the game in turn two, with the Roman centre pushing forward, but also somewhat surprisingly the Indian general (the guy in white) pushing his own light horse forward in the centre.. I was worried by what fiendish plan this might represent. 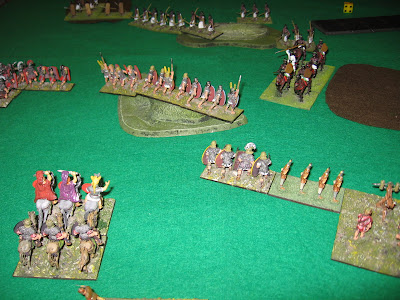 Bow and artillery fire pushed back the Indian Light Horse, claiming two bases as victims and leaving the Indian general not quite so sure that his bold push through the centre had been a wise move in the first place. 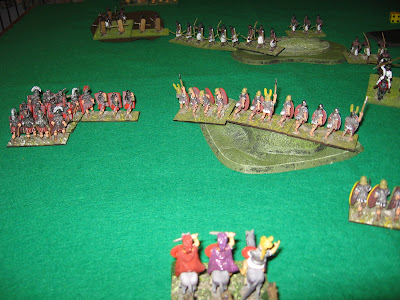 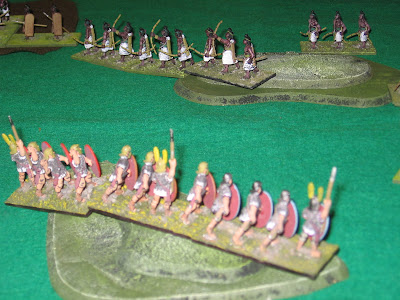 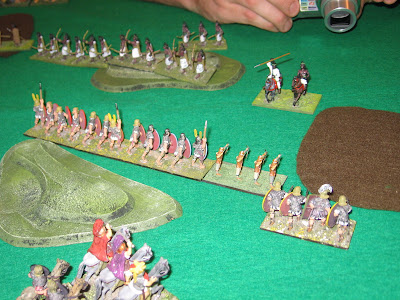 In the meantime the Roman centre and left wing pushed forward, intent on pinning and tackling the Indian auxilia settled into the defensive positions on the steep hill in their centre. The Roman legionnaries surprisingly found themselves on the flank, a most novel experience for them, while their auxilia pushed forward in the centre to tackle the Indian line. 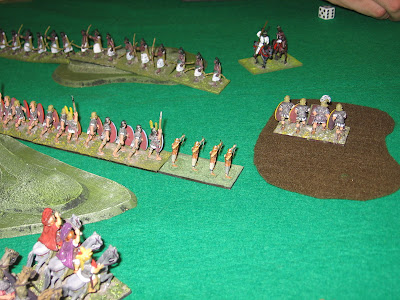 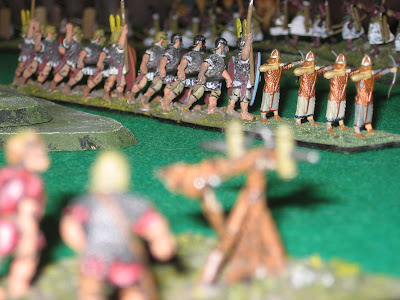 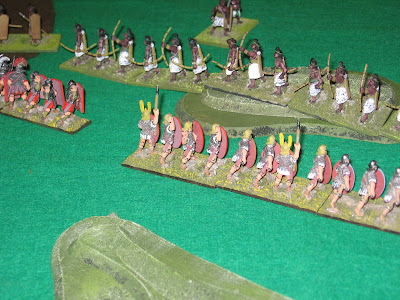 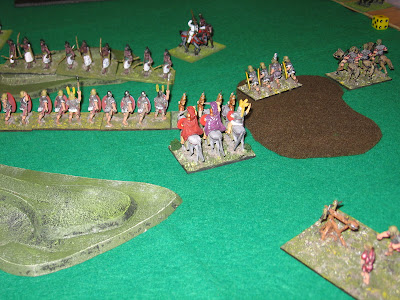 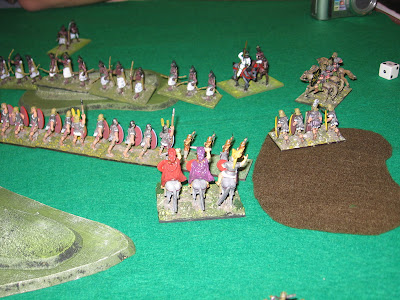 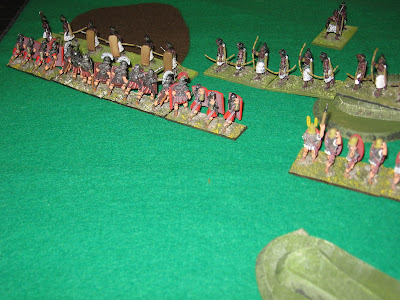 In the final turns of the game the Roman cavalry proceeded to move around the terrain onto the Indian left flank, supported by the Roman archers who then managed to kill the Indian general with their bow fire. 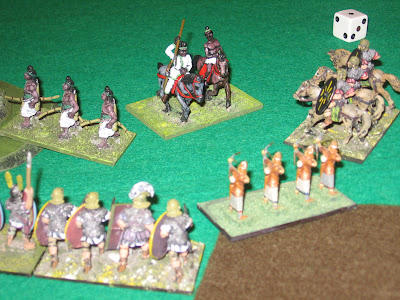 All in all a very enjoyable game for both of us, although we were frankly a little rusty with the rules. A few hurried references to the WADBAG guide were in order to make sure that we had things right.
at June 02, 2009 No comments: