.. well, lost and damned really. First outing for the boys after our Combat Patrol painting challenge, and Adrian's Necrons were out to take the first small piece of this lush planet from the Traitors.

The L&tD army consisted of two squads of traitors, with a heavy weapon each (it was what they had managed to drag along with them), an 'assemblage' of mutants, with a unit of Chaos Space marines sent along to bolster their strength. We played this game using the 5th Edition 40K rules. 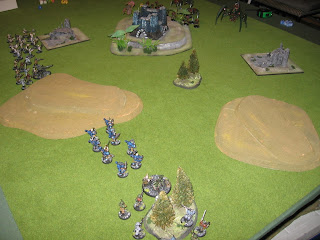 The mutants made a dash for the ruins on the left, hoping to be able to assault forward from cover. 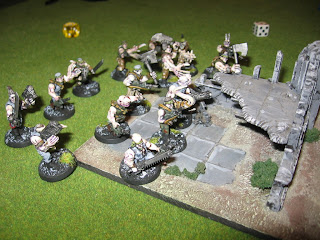 The units of traitors took up positions to bring their firepower down and command the two fire lanes that the terrain presented. 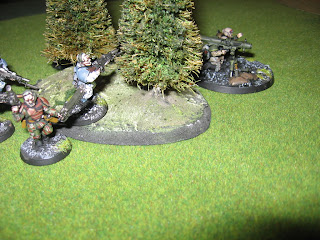 The Necron warriors and a unit of three wraiths advanced behind the terrain, looking to shoot and kill. 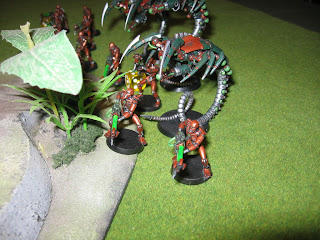 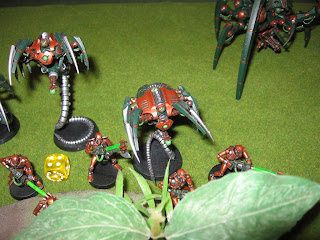 Early firepower began to reduce mutant numbers, despite the cover offered by the ruins. 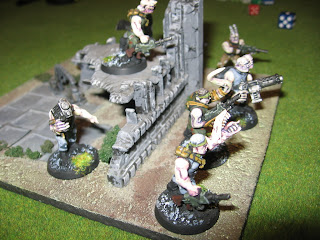 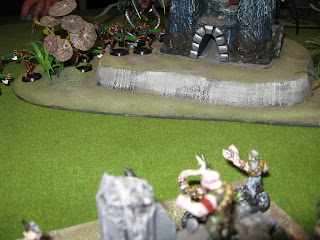 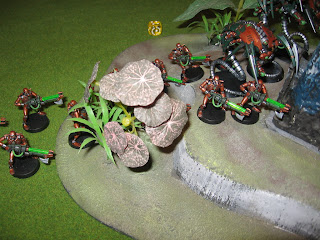 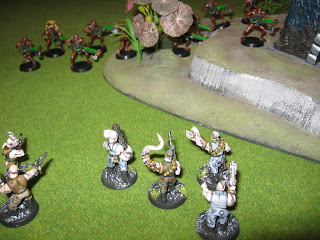 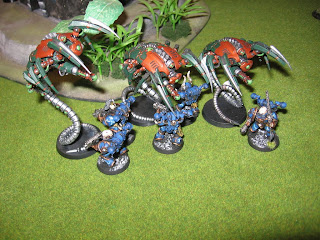 Traitors looked on, still bringing their fire down on the advancing Necron warriors (who kept on standing up again.. 'the 'I'll be back' rule.. damn!!). The Chaos Space Marines held their own for 3 turns of melee before finally succumbing. 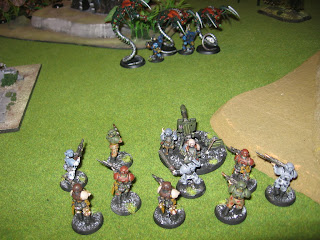 On the flank the Necron Stalked was advancing on the second traitor squad when the missile launcher team finally scored a penetrating hit, immobilising the walker. 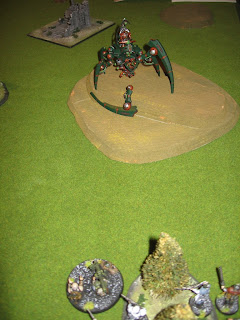 At the end of 6 turns, the L&tD force had lost well over 300 points, while they had manged to inflict a mere 90 points... the Lost and the Damned were certainly lost and damned on this field of battle.

However, we had an absolute ball of a game.... maybe we need to get a copy of 6th edition rules to give these guys another run.
at September 07, 2012 1 comment:

These past few weeks have been filled with work, exam marking, report writing and such like, so figure painting and 'gaming generally have taken a back seat. However I've been able to make a little progress on the basing project, preparing the old 20mm armies for use with Spearhead. This is all about re-purposing/re-using old figures that haven't seen the light of day for a long time. It's about finishing those half starts. Here is the first of the four infantry battalions that are a part of the 20mm Spearhead project that has been energised by Nick G's enthusiasm for the rules and 20mm generally.

The figures were all painted 20+ years ago, and I certainly wouldn't paint this way today, but a new base, and a wash, make a little difference.

This is a battalion of Black Sea Fleet Marines ready for use with the mid war Russians. I can't recall the figure manufacturer, as they were acquired way way back in the mists of time. Brittannia maybe???

I can foresee many a stoush in the Crimea as these boys fight to defend their native soil. 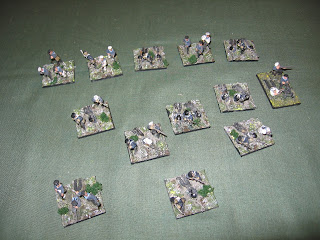 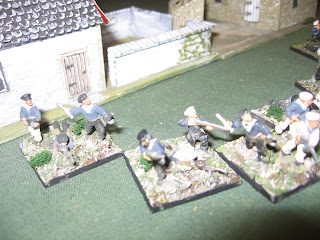 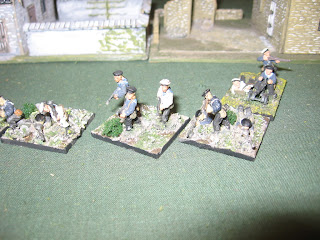 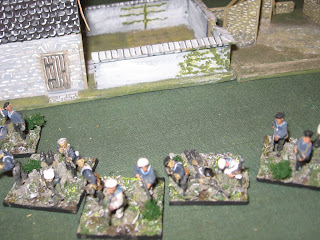