What Mother Nature began with 14000 earthquakes, a large yellow digger finished in a few hours. Our house and garage/games room were demolished this week ready for our rebuild. 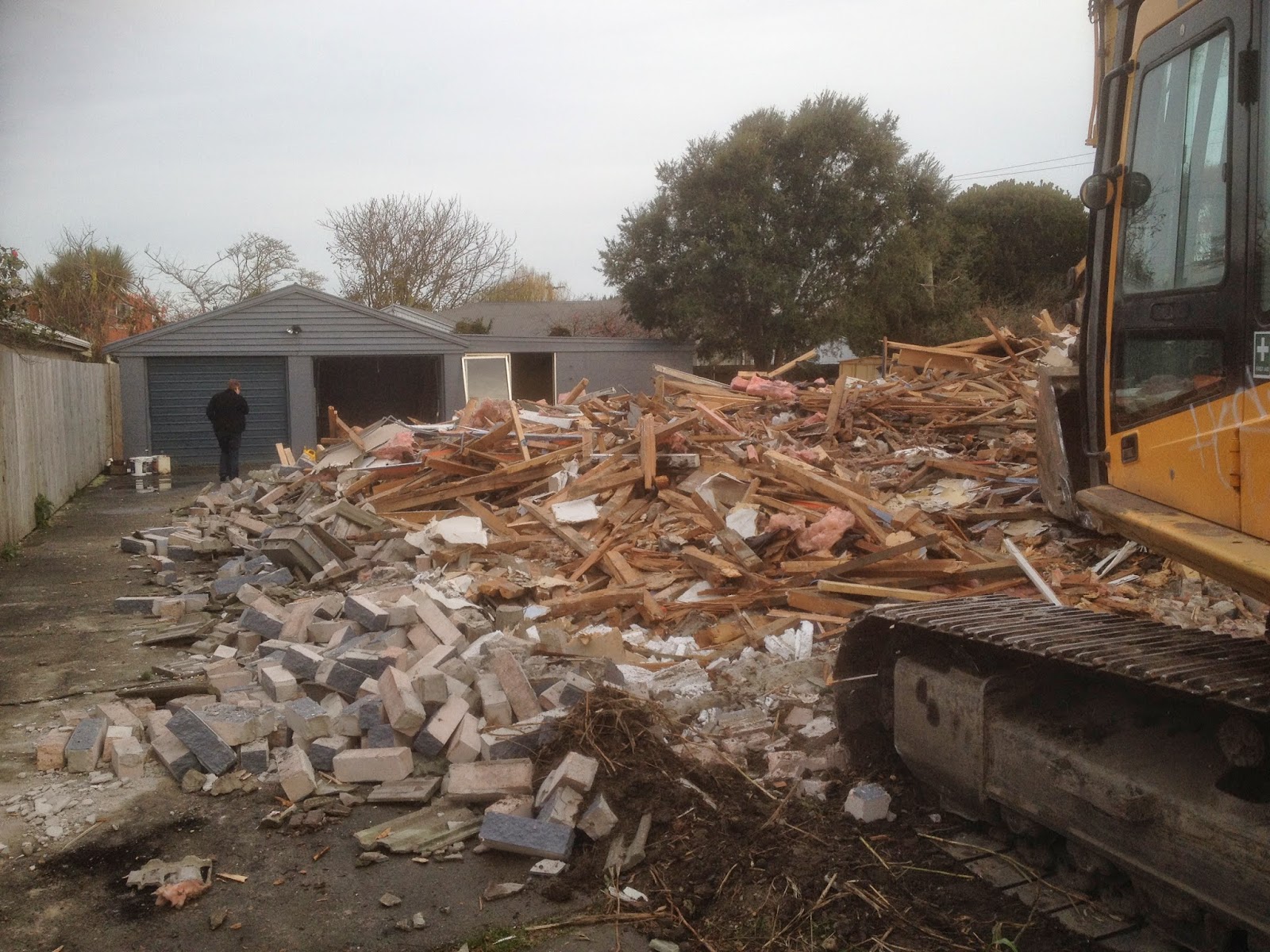 The new house, and garage/games room, shall rise phoenix-like from the metaphorical ashes. 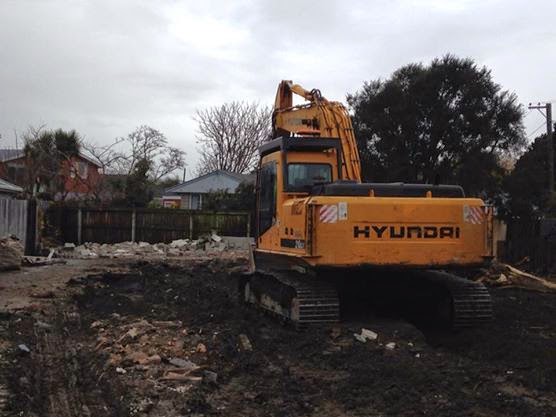 Now we face the vagaries of the building industry matched rather nicely with a Christchurch winter. Let battle commence....
at June 12, 2014 No comments:

By the heavens Suh, this is indeed a glorious day ...


"Finally finally finally dear boy". Caruthers was swirling the brandy in the bottom of the large brandy balloon glass. 'Finally we shall see those cursed creatures from the face of this earth. Today's arrival shall herald my revenge" and he gazed out of the mess window with the enthusiastic smile of a ten year old by who had just been given both a spinning top and a hoop. Young Lieutenant Winstanley was trying to contain his own excitement, gulping his pink gin like a dog at a puddle.

For there on the field across the parade ground sat the wondrous flying machine of the famous adventurer Lord Chelting of Cheam. Many were the stories of victory that the newspaper columns of the Times had laid before the admiring population of this glorious England, stories of daring do, stories of  Lord Chelting's triumphs against the odds.

Finally Caruthers' ambitions for imperial glory would be achieved. 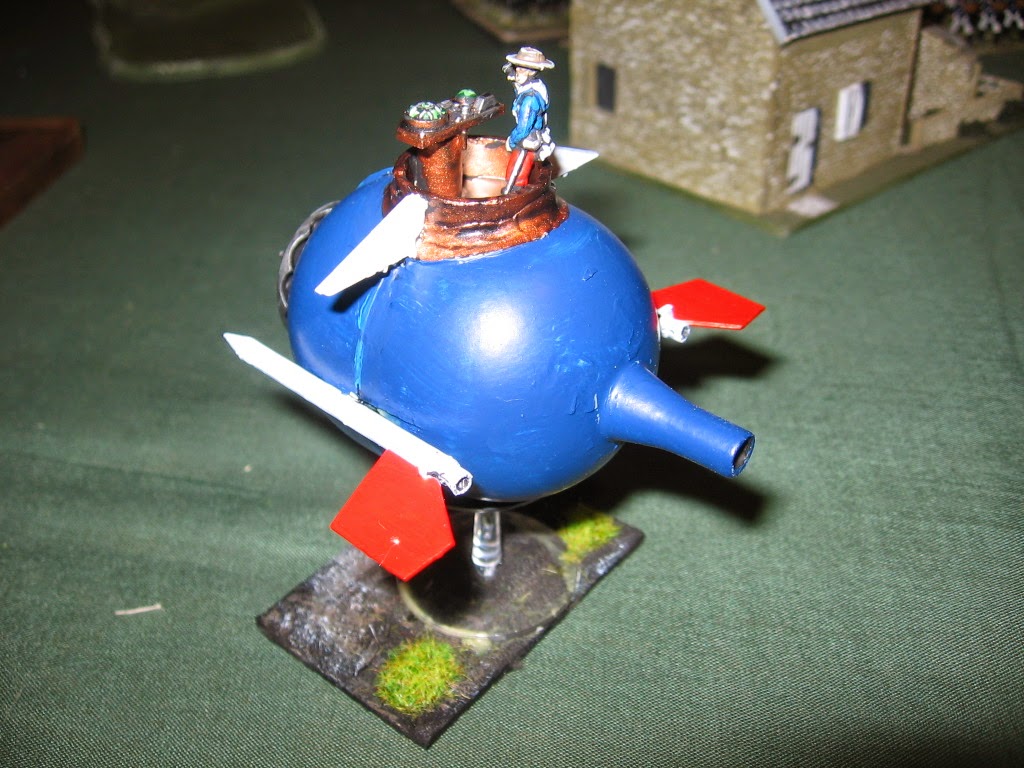 This new flyer was made from a plastic container that I've kept safe in a box since the '80s. It originally contained  a chocolate treat that we'd bought for our kids, a treat the nature of which has long since been lost in the mists of time. I have another one in the spares box, after all we had two small children at that stage and we couldn't possibly buy for one and not the other. I was to some degree inspired by the concept of the old 'Bathyscope' as well. Chelting will most probably be used as an aerial hero. This isn't a troop type I commonly use, but it seemed logical.

It is perhaps not quite as 'steam punk' as I'd envisaged it, but .. I've now almost got the 72 points I need for the 3 command Big Battle HotT.. just 3 points to go. Another artillery piece I think. I have the gun, just a search through the spares box for a couple of crew.
at June 08, 2014 1 comment: