The European forces had returned to camp after the bloody battles of the day before. Major General Sir Watherston Carruthers was 'bloody annoyed'. How dare those tribal people hold Europe's finest in battle. He was drawn from his quiet reverie by the commotion from outside his tent. He rushed forth to see. arrayed before his camp, the same forces he had battled the day before: tribal warriors, soaring pterosaurs, bellowing tyrannosaurs arrayed ready to attack the camp .. what was this?? He strode purposefully from his tent and began to bellow orders for deployment, watching as his force's airboat began to rise from its tethers, and units of riflemen began to deploy forward of the camp ready to fight in its defence. 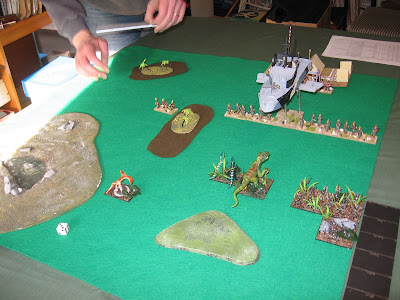 Carruthers rushed forward into the battle line, inspiring and cajoling as his riflemen pushed clips of ammunition into their rifles. 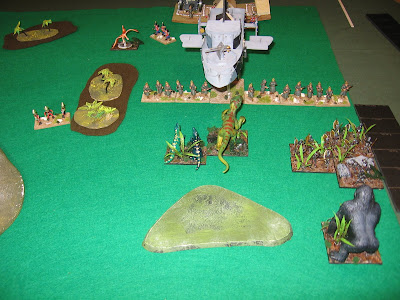 The tribal warbands clashed with the lines of riflemen and Carruthers, always in the thick of it, swung round onto the flank of a block of the warband, hoping to drive the warriors from the field. Riflemen fell around him, and Carruthers was last seen yelling at the top of his voice as he disappeared beneath the troop airship. 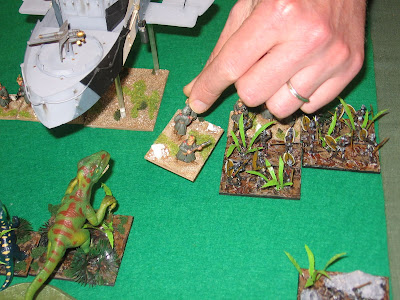 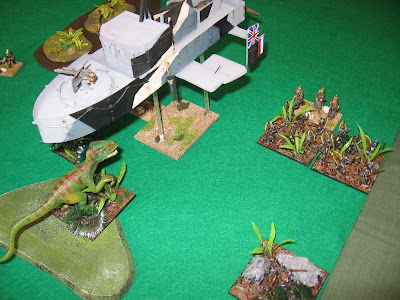 The Martian allies were perplexed as panic set in amongst their erstwhile masters who had just seen their valiant commander disappear from the battlefield. 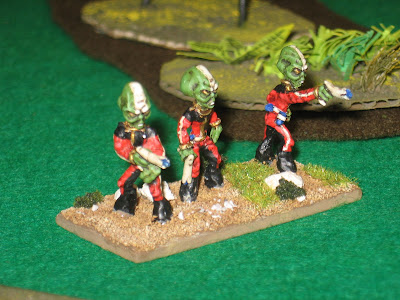 The remaining British riflemen realised that this was possibly not the best position to be in on any battlefield, and there was much commotion as they prepared to make a dignified exit from the battlefield. "Bessie's crew hurriedly pushed up the steam pressure in the behemoth's boilers hoping to pull back with the remainder of the force ready to defend the beachhead itself. 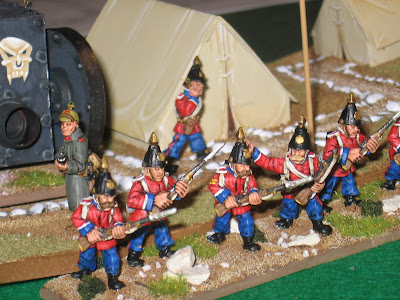 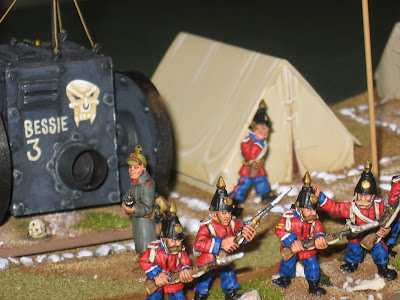 All was not lost, but this was certainly a set back. Would Carruthers be seen again? Was his disappearance a temporary thing? Where could he be? Who would lead his valiant forces as they fought for their survival on this 'Lost World' if he wasn't found?
Stay tuned....
at July 08, 2009