While the 1917/1918 WW1 western front painting project isn't finished yet (work and life tend to fill most waking hours at the moment), Jon and I have been thinking about some simplification of the GWSH trench game bombardment mechanisms. I hope that doesn't sound too treasonous, Shawn, Robert.

Anyway we started a small game last night to see how things might play out. The troop densities are not ideal. We weren't there to play a game'; as much as to see how some possible changes to the bombardment rules might impact game play.

These photos capture the progress we made (and I quite like the 'aesthetic). The 'game' (I'm hesitant to call it that) featured a division attacking two regiments. We only tried to model the pre game bombardment phase, and an initial 'stepping off' of the attack. We will spend some more time on this little game simulation to see how it might play.  The in game artillery hasn't featured, either called in fire, or SOS, or counter battery. We'll add these things in as we evolve our thinking. We are trying to stay true to what we think is the underlying design philosophy, while creating our own simple underlying game play.

Who knows. Our ideas might make it into the official GWSH III, although that of course is not our call. Whatever happens, it's great to be inspired by a rules set. 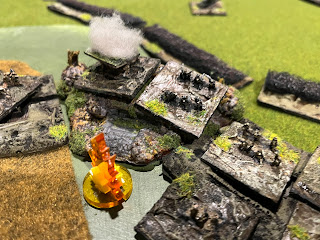 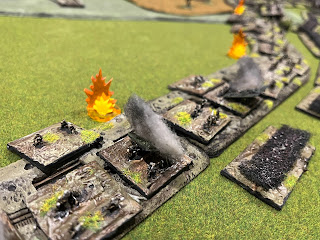 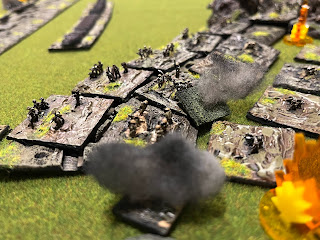 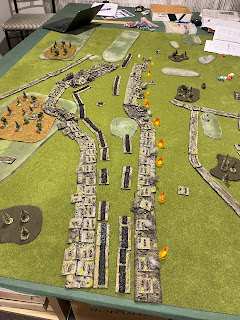 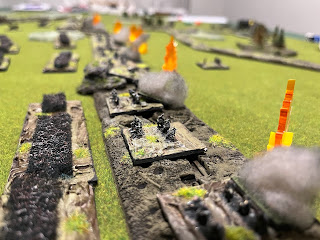 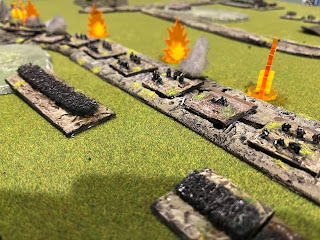 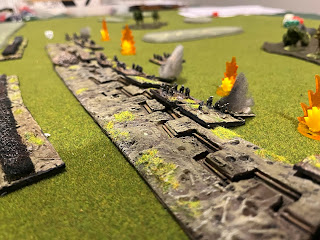