Daylight raids on the Reich

Back to the Saturday 'gaming with the boys this morning, and we got back into it with a B17 daylight raid on the Reich. We were using the Wings of Glory system, with two B17 bombers and two P51 Mustang escorts trying to penetrate German airspace defended by four Fw190s. 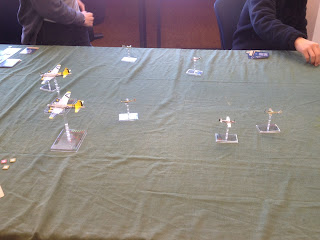 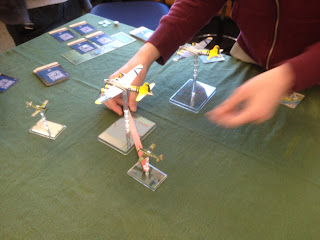 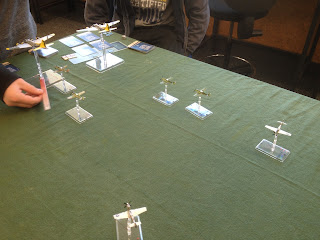 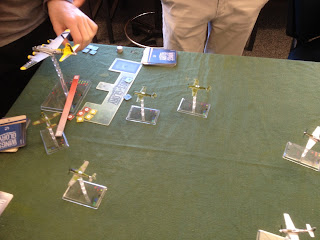 After flying two missions, everyone took a fighter and there were massive dogfights over the Reich as well. 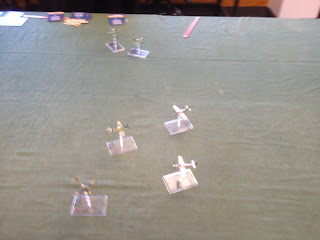 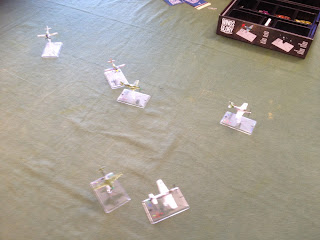 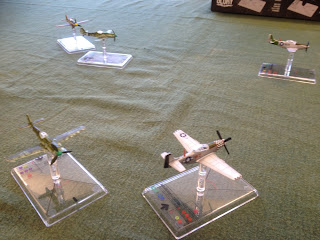