The forces of the Undead toy with men....

Strange things were happening in the world of men. The forces of evil were split, and so it was that two different factions had reanimated piles of ancient bones, brought forth life from dust, playing with men as with pawns, in their attempts to gain dominion over the world of men.

My Roman command was composed of:

The Undead command was composed of:

Andy's army was light on 3 and 4 point elements, but included a behemoth (4 horse chariot), a hero general in each command, and a mix of blades, spear, and shooters. 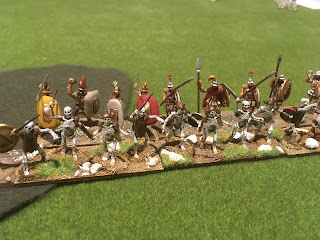 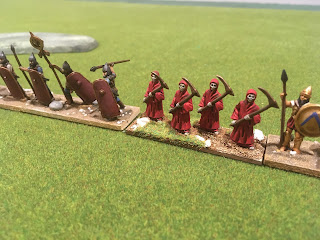 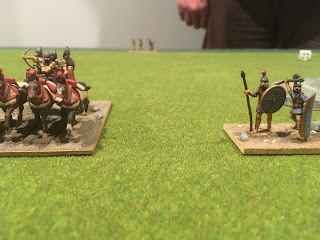 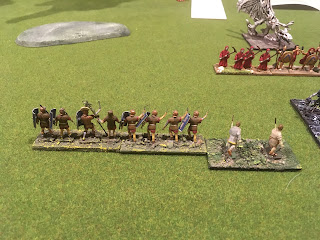 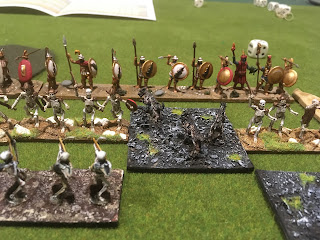 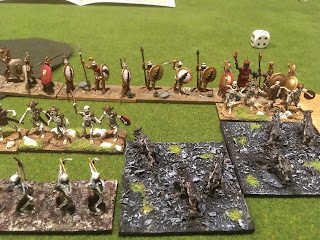 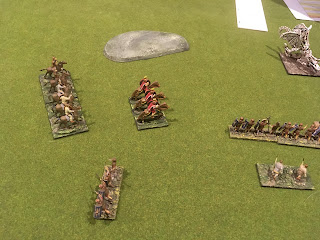 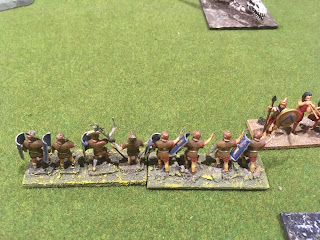 We have played a few 48 point (two command) battles, but not in a while. Recently we have been playing either 24 or 72 point games. The game played differently to the other force sizes, really interesting.

This was a great game... well worth the time invested. We both need to do some work to get more variety in these commands/armies. More painting is now demanded... yay.

The forces of the Undead toy with men....

Strange things were happening in the world of men. The forces of evil were split, and so it was that two different factions had reanimated ... 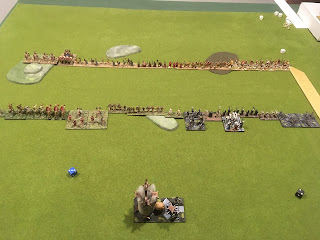